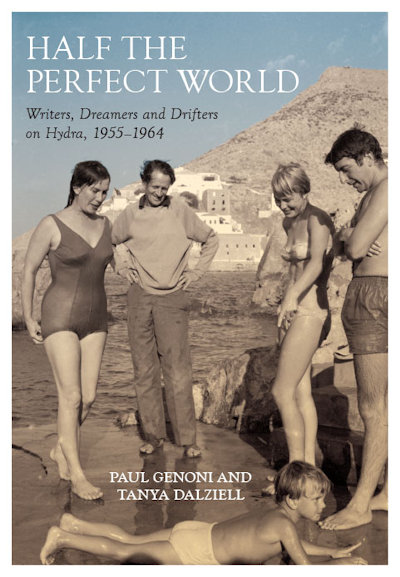 Half the Perfect World
Writers, Dreamers and Drifters on Hydra, 1955–1964
By Paul Genoni and Tanya Dalziell


‘Their years in the Aegean may have been half perfect at best, but it was on Hydra that they connected to a place, a lifestyle and a community that allowed them to live and express themselves intensely, and as they wished. They refused to believe their dreams were an illusion, or that boldness, ambition and a leap-of-faith might not allow them to reach beyond the constraints of their birthright’.

Half the Perfect World tells the story of the post-war international artist community that formed on the Greek island of Hydra. Most famously, it included renowned singer-songwriter Leonard Cohen and his partner Marianne Ihlen, as well as many other artists and writers including the Australian literary couple, Charmian Clift and George Johnston, who fostered this fabled colony.

Drawing on many previously unseen letters, manuscripts and diaries, and richly illustrated by the eyewitness photographs of LIFE magazine photo-journalist James Burke, Half the Perfect World reveals the private lives and relationships of the Hydra expatriates. It charts the promise of a creative life that drew many of them to the island, and documents the fracturing of the community as it came under pressure from personal ambitions and wider social changes. For all the unrealised youthful ambitions, internal strife and personal tragedy that attends this story, the authors nonetheless find that the example of these writers, dreamers and drifters continues to resonate and inspire.

Paul Genoni works with the School of Media, Culture and Creative Arts at Curtin University. He is a former president of the Association for the Study of Australian Literature, and co-editor (with Tanya Dalziell) of Telling Stories: Australian Life and Literature, 1935–2012 (2013).

Tanya Dalziell works in English and Cultural Studies at the University of Western Australia. She is the author of Settler Romances and the Australian Girl (2004), and co-editor (with Karen Welberry) of Cultural Seeds: Essays on the Work of Nick Cave (2009).

Thank you for this, Jarkko.
Top

The link is here:

Half the Perfect World - a Perfect Offering

Most members are very well aware of Leonard's early history on Hydra and how the Australian literary couple, George Johnston and Charmian Clift took him under the wing when he arrived on the island. The Melbourne based Monash University Publishing has published what at first glance appears to be a fascinating picture of those times and Leonard features often throughout the book, with a number of photos I have not seen before.

The book is titled Half The Perfect World, my copy just arrived today, so I have not had any time to commence reading it, however having skipped through it this afternoon, I think everyone will want this book.

I bought my copy online from a Sydney (NSW) based company called BOOKTOPIA and the service has been terrific, with tracking etc. The cost was AUS$29.95, plus AUS$6.95 shipping (within Australia) - my book arrived within four days.

I've scanned in a pic of the front and rear covers and one of the photos of Leonard that were new to me, there appear to be plenty more.
Happy reading! 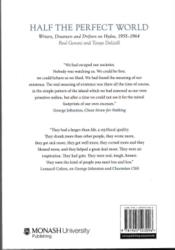 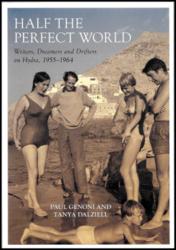 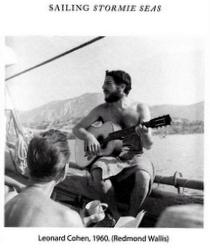 Re: Half the Perfect World - a couple more pics of Leonard.

As we can only add three pics to each post, I thought I'd cheat and treat everyone to a couple more. 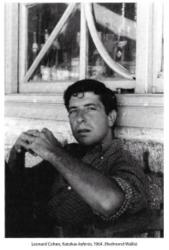 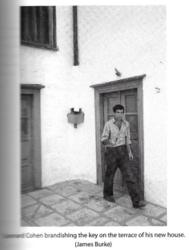 Re: Half the Perfect World - a Perfect Offering

I have had this book on order with Amazon UK since early May. Amazon are now saying early December for delivery but they have not proved very reliable with books published overseas in recent times and they want almost £30 for it so I thought I’d try Booktopia on your recommendation Greg. Sadly they only ship to Australia and New Zealand so if anyone comes across any other reliable source with reasonable shipping rates to the UK please let me know!

Gazelle Book Services in Lancaster will be the UK distributor of this book, and they promised to give discount to our members. They will get copies of the books within the next few weeks. More info to follow.

Thanks Jarkko. I will await further news from Gazelle. I have plenty of time to cancel my Amazon order!

A very nice article about this book (and The Flame, too):

The Conversation
Friday essay: a fresh perspective on Leonard Cohen and the island that inspired him

jarkko wrote: ↑
Fri Oct 12, 2018 9:56 pm
Gazelle Book Services in Lancaster will be the UK distributor of this book, and they promised to give discount to our members. They will get copies of the books within the next few weeks. More info to follow.

Any news on this Jarkko?

I wrote to the authors of HALF THE PERFECT WORLD, to congratulate them on their book, it turned out they are both based in Perth, Western Australia – Paul Genoni at Curtin University and Tanya Dalziell at the University of Western Australia. As you’ll see from Paul’s reply below, they are both Leonard Cohen fans and are a touch inclined to join us on Hydra for a meeting at some point.

Thank you for getting in touch, and it is no intrusion. I am always happy to hear from someone who has purchased three copies of Half the Perfect World! (I am also copying Tanya into this reply - she will be equally pleased:))

Thank you also for your kind words about the book. It is always pleasing to have feedback, and particularly from people such as yourself who are keen about interested in Hydra and its story. Not surprisingly we know the Roloi Café well -Tanya and I had the pleasure of being there just a few weeks ago.

Very interesting to hear your story about the Cohen gathering on Hydra. We have been aware of these meetings and who knows, may find our way there at some time. Because although you are right and the purpose of HTPW was to give Leonard his due place without trying to make it in any way a 'Cohen book', we are nonetheless considerable fans of the man. If you follow this link https://theconversation.com/friday-essa ... him-105392
you will come to a shortish article we had published last week that talks more about the Cohen and Wallis friendship, in this case linked to the recent publication of The Flame. It repeats a little material from the book but also adds (hopefully) some new things. This article seems to have been attracting plenty of readers from NZ!

Thanks also for the link to your blog. It was fascinating to see the photos and to read a further account of the 2015 Hydra Cohen gathering.

Very best wishes to you and Ann,

Hi Greg, that's a nice connection you've made with Paul.

I've also got my copy of the book and must say it sure is engrossing reading. Although I've just browsed through bits of it and have yet to finish it from cover to cover, it seems to have lots of information about that remarkable bohemian group and its dynamics on Hydra at that time, with I suspect some hitherto unknown but certainly interesting information about some of them, including Leonard.

There are also many photos throughout, some of Leonard that I've never seen before too.

I'd settle for a copy in the UK! Amazon UK say they will have it in early December. We'll see .....

I have recently finished reading Half The perfect World, and I certainly recommend it.
As mentioned above, it is not a Leonard book, but he does feature several times in a positive light.
I knew little to nothing of the other characters, but I found them intriguing both as themselves and their interactions with other expats and the local Hydriots.
There are many relevant B&W photos throughout the text, with a group of colour plates in the centre.
I found this book easy to read and it is a good introduction to Hydra.

The accommodation that we are booked into for June actually features in one of the chapters!

Looking forward to seeing it all for real.