Tracks from Julieann Banks' more recent solo Americana albums. I prefer the harder edge of the Apaches of Paris sound but the songwriting is terrific !

No Such Thing as Love
https://www.youtube.com/watch?v=HWAKCAvmMrs

The Danger of Thinking Too Much
https://www.youtube.com/watch?v=M8Mb5TjEKUU 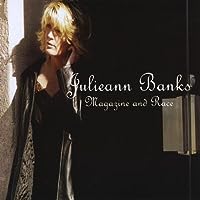 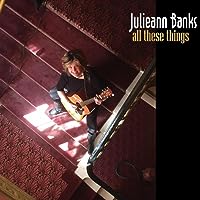 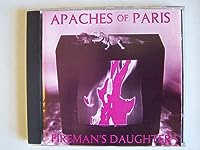 I have been listening to the Fireman's Daughter album a lot and it will probably go down as one of my all time favorites. In addition to the band members seen in the first clip, they also add a piano/organ and percussion. The sound is significantly different and sometimes recalls Neville Brothers and occasionally Bob Dylan circa mid 70s (Live 1975 and Before the Flood). Interestingly, Julieann Banks takes a lot of liberties with phrasing and notes that sometimes recalls Dylan in those albums.

There is very little information about Apaches of Paris on the web but the little that I found was that they were once voted Austin's best band and were known for their hard rockin' music and hard partying ways ! This live album is their only release and if you can get hold of it, I would highly recommend it if you are a fan of rock music. 13 originals and one cover song.
Much more information is available about Juliann Banks - in addition to performing locally in Austin/Shreveport areas she is also a realtor ! Definitely a writer who needs to be heard.

(No Such Thing as Love)


There's a paralyzing need to know
Every frame, the blow by blow
The words, the vines that thrive and hide
The love that we need just to stay alive
Trying to understand the breathing of air
The feeling of nothing if nothing is there