my visitor from london proudly put this in my hand today,
after sitting quietly with a pen and paper for ages 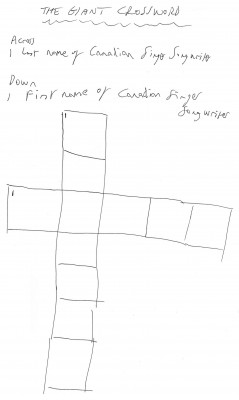 Oh, dear, that is a cry for help if I ever saw one. I believe that what we are witnessing here is a manifestation of what is known as traumatic psychological infantilism, which is often experienced by hostages and other victims of abuse and terror. It is a survival response in which the victims revert to early adaptive behaviour of childhood, compelling them to cling to the very person endangering their lives, which accounts for their obedient, placid, compliant, and submissive behaviour.

Clearly, Geoffrey's "visitor/hostage from London" is exhibiting this behaviour in his childish attempt to please his captor by creating a puzzle/work of art. The fact that it took this short-haired, handsome man (who, otherwise, is known to be a person of considerable intelligence) "ages" to come up with his simplistic drawing (which he did "quietly"), which he then "proudly" offered, all conforms to the symptoms of traumatic psychological infantilism, and thus confirms my theory.
Top

what bluff, "Lisa". I see you make no attempt to solve the puzzle and you are trying to cover up your failure

solongleonard wrote: ↑
Sat Sep 08, 2018 9:16 pm
what bluff, "Lisa". I see you make no attempt to solve the puzzle and you are trying to cover up your failure 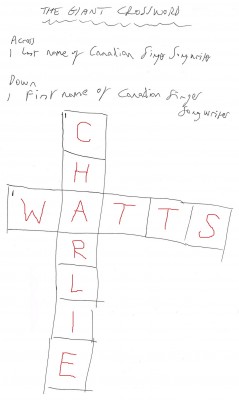