How to celebrate Leonard's 80th birthday

A section for our Birthday Campaign. tributes around the world and your birthday greetings
Post Reply
388 posts

Just to make sure alternatives are given due consideration ("Came so far for beauty" is suitably brief and more clearly synonymous with LC but I'm thinking of the impact for the "stranger" bench sitter of the words in the moment at the place):


and a deeper silence

You tell me that silence

is nearer to peace than poems

but if for my gift

I brought you silence

(for I know silence)

This is not silence

this is another poem

and you would hand it back to me


Song To Make Me Still

You worry that I will leave you.
I will not leave you.
Only strangers travel.
Owning everything,
I have nowhere to go

Anything that moves is white,
a gull, a wave, a sail,
and moves too purely to be aped.
Smash the pain.

The Beach at Kamini

I think "Gift" has a lot going for it since this is the subject of the poem, the purpose of this thread and it says something about the person honoured and the "moment" of the bench. Unfortunately it's a bit long if you are paying by the word!

I find from googling these poems that Anjani has recently created a song based on "Song To Make Me Still" and the first stanza of that would sit well on a bench....if it wasn't perpendicular.
Top

I haven’t been on the forum for some time and have missed participating in this discussion. Reading these pages there are a number of excellent ideas. I thought Marsha had a great suggestion of an LC coin – it would be more than agreeable to have Leonard in the palm of your hand

Maybe we could get in early and make arrangements for his 90th birthday!

Good timely idea Anne, and it seems that a stone bench on Hydra has become the general consensus. That being the case I agree that the words to be ‘written in stone’ should be relevant to the situation and minimalist. I think both “Like a bird on the wire....” and “Came so far for beauty” would work. I like the idea that the song BOTW was born on Hydra and the connotations of CSFFB say so much. This is what Leonard had to say about Bird On The Wire: “Each man has a song, and this is my song,” says Leonard Cohen in the DVD Bird on a Wire.

Just to keep it interesting, I thought I would offer some more suggestions.

Leonard wrote Flowers For Hitler mostly on Hydra in the early 60’s and even though these lines are definitely not as well known as the ones in his songs, here are a few from three of the poems he penned on this island. If they were used the words he wrote then would stay there forever written in stone.

In 1963 Leonard once told a journalist that the Aegean light had a quality he felt contributed to his work.
He said: “There’s something in the light that’s honest and philosophical; you can’t betray yourself intellectually, it invites your soul to loaf”..... so maybe a short line belonging to a poem or song from anything Leonard has written (or said) regardless of when, that could encompass his above words or similar about Hydra would be suitable. In fact, as I think about it .... the inscription could use those said words and simply say, “invite your soul to loaf” ..... an enticement to stop and stay awhile on the bench and just allow your spirit to drift ....

He also wrote Beautiful Losers in 1966 on Hydra. So if anyone could suggest an appropriate line from it that would follow a similar premise. I like the idea that the words Leonard wrote and spoke on Hydra could stay there permanently in this form but I really do like “Came so far for beauty” plus it’s more well known but I wish he had written it there.

This is about Hydra –
Half the (Perfect) World from the Book of Longing page 226:
“the polished hill, the milky town
transparent, weightless, luminous”

A few other maybe suitable lines - first or last two lines or all four lines:

Of course it would also be written that these words were to commemorate his 80th birthday.

Jarkko, so many benches! I have to say that I prefer the more natural look.

We need to take the permission issues seriously, just like Demetris points out.
On the other hand, if the statue of "Boy on a Dolphin" (have a look at http://cohen.1g.fi/kuvat/Hydra+2013/IMG_4949.JPG) has been authorized, it is difficult to believe that a stone bench would be a problem.
Let's hope that OK from the municipality is enough. If not, then we will face serious problems because decision making may take ages.
I hope to get some tentative information soon.
1988, 1993: Helsinki||2008: Manchester|Oslo|London O2|Berlin|Helsinki|London RAH|| 2009: New York Beacon|Berlin|Venice|Barcelona|Las Vegas|San José||2010: Salzburg|Helsinki|Gent|Bratislava|Las Vegas|| 2012: Gent|Helsinki|Verona|| 2013: New York|Pula|Oslo|||
Top

This is the statue (close to Sunset Restaurant) I was referring to: If this was OK with the municipality (and Unesco etc.), the stone bench should be a pushover!
On the other hand, never underestimate the tentacles of bureaucracy...!

I would vote for:

a) a stone bench that will be well
integrated into the Hydra landscape
like the one in the photo by joyezekiel
This way will also make it more acceptable
for the authorities.

Keep in mind that Hydra is one of the most austere,
minimalistic and perfect landscapes in this world.

For Hydra "less is more".

Dem wrote:
However my feeling is that given that
everybody on the island knows and loves Leonard
the Municipality at least won't have an objection.

And - maybe - the symbol for the Order of the Unified Heart - carved somewhere - depending on the type of bench.
Maybe - included with whatever is written.
Or somewhere else on the bench - on the seat - on the front - on the back - or on each side. 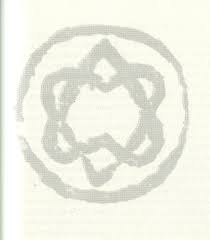 From "He Has Tried In His Way To Be Free" - Shambhala Sun - http://shambhalasun.com/index.php?optio ... 44&Itemid=


"These two interlocking hearts I designed for the cover of Book of Mercy," his 1984 poetry collection, he says, moving along as he describes another chop. "I established this Order of the Unified Heart, that is a kind of dream of an order. There is no organization. There's no hierarchy. There's just a pin for people of a very broadly designated similar intent."

He thinks for a minute. "To just make things better on a very personal level," he says. "You're just not scattered all over the place. There is a tiny moment when you might gather around some decent intention."

well, I met two nuns in Hydra (the only 2 still living in a monastery uphill) who didn't have a clue about LC!

I am sure even they listen to his songs
secretely late at night in their cells.

They just didn't want to admit their "sin"

sturgess66,
yes the Symbol for the Order of the Unified Heart
carved somewhere on the bench

It would be nice if a member of the forum
could draw a scetch of the bench
to take with me on Hydra so i can show the
people there what we propose.

I love the stone bench idea so here's hoping for permission to proceed.

The "Came so Far for Beauty" would work well and I think it would be lovely to incorporate the unified heart symbol if at all possible.

If there's a problem with Hydra, let's think about Montreal - not in the vicinity of LC's house, but somewhere near that "place by the river" perhaps?
Top

Dem wrote:Keep in mind that Hydra is one of the most austere,
minimalistic and perfect landscapes in this world.

For Hydra "less is more".

... I think we must certainly keep this in mind.

I’m sure the hard parts in achieving this project goal will be: firstly, the ultimate permission, which may go beyond the local authority; secondly, how to decide on what words to inscribe on it, as there are already a few possibilities (unless it is simply by a Forum members vote on options presented); thirdly, determining who to commission for this project, if there is more than one local artisan with such capacity (as cost alone may not be the best criteria). However, perhaps I jump too far ahead, with the permission being the most important aspect at this point in time

Anyway, although I had some initial misgivings about this bench, and despite its hard aspects, I’m feeling more comfortable on the bench.

The relevant legal permission or permissions will be the key, but I expect design and proposed location drawings will be required by the authorities as part of the approval process to accompany the application forms. So on this occasion there is a cart to put before the horse. There is probably also an application fee to factor into the overall project cost.
Top

We have at least one architect/ designer among our ranks who might be able to help...(Laura N. -are you following this thread?) Are there others?
Last edited by anneporter on Thu Apr 24, 2014 5:03 am, edited 1 time in total.
newfoundland--understand?
Top

I love the idea of the Unified Hearts symbol on the bench in Hydra.
As for an inscription on the bench... something from 'Bird on the Wire' would be perfect. I also love
'Once again, Love Calls You By Your Name'.
However, every song Leonard has written has some wonderful lines.. I would be happy with any of them.