By means of her poetic voice, Mary Oliver will transport her audience to the marshland and coastline of her beloved home, Provincetown, Massachusetts as she speaks of the wonder of dawn, the grace of animals, and the transformative power of attention.

Whether studying the leaves of a tree or mourning her adored dog, Percy, she is, as always, ever patient in her observations and open to the teachings contained in the smallest of moments.

– from Wild Geese by Mary Oliver

You do not have to walk on your knees
For a hundred miles through the desert, repenting.
You only have to let the soft animal of your body
love what it loves.

Meanwhile
the world offers itself to your imagination,
calls to you like the wild geese, harsh and exciting --
over and over announcing your place
in the family of things.

Meanwhile
the world goes on.
Meanwhile

Me too Carm.I found a book of Mary's poems in a market lately and was delighted. 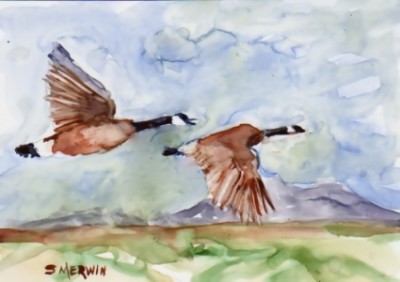 wild_geese that fly with the moon on their wings.jpg (25 KiB) Viewed 4999 times

I found a book of Mary's poems in a market lately and was delighted.

The thought of finding a book of Mary’s poems, and of feeling delighted, lead me to “Her song has blended with my being and our spirits roll in peace” from the poem…

Sometimes
the world comes to me in shapes and colors
I do not understand,
moving me in circles inside my heart
until I am left feeling lost and separated from the gift of love
bathed in pure sadness.
It is then I run into the forest to rest, shed my weariness, and
listen to the "song of my breath."
Each spec of nature comes to me
bringing lost pieces of my soul
until at last; wings are formed around the last hint of
darkness inside of me
and it is carried away.
Her song has blended with my being
and our spirits roll in peace.

Which then took me back to words from Mary's poem Halleluiah…

And have you been trudging like that, sometimes
almost forgetting how wondrous the world is
and how miraculously kind some people can be?
And have you too decided that probably nothing important
is ever easy?
Not, say, for the first sixty years?

Hallelujah, I'm sixty now, and even a little more,
and some days I feel I have wings.

… and finally on to Larry Eigner’s poem

familiarity of life, which sinks
to a level of sorts, space
(empty except for
the rabbit-hat of things

Before crumbling, the walls streak
with some tangent of minutes

and life takes on a size. 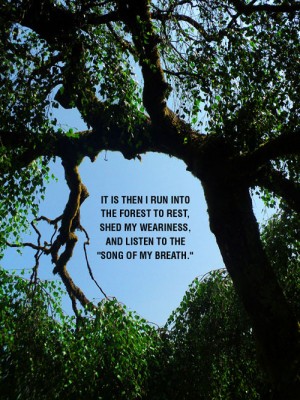 damn, this is what i call an interesting poetry. When you read first two rounds you want to read more. Nice

The world offers itself to your imagination

The world goes on 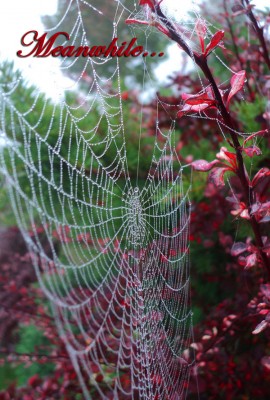 She stands by her door
every morning,
notebook and pen in hand

thinking and feeling in words…

Hi Carm, good to see you and your fabulous posts:-) You bring great tidings - a new book from Mary O. I have as good as ordered it. Thanks!
Top

Diane wrote:Hi Carm, good to see you and your fabulous posts:-) You bring great tidings - a new book from Mary O. I have as good as ordered it. Thanks!

Poems from A Thousand Mornings

All night my heart makes its way
however it can over the rough ground
of uncertainties, but only until night
meets and then is overwhelmed by
morning, the light deepening, the
wind easing and just waiting, as I
too wait (and when have I ever been
disappointed?) for redbird to sing.

THE FIRST TIME PERCY CAME BACK

The first time Percy came back
he was not sailing on a cloud.
He was loping along the sand as though
he had come a great way.
"Percy," I cried out, and reached to him—
those white curls—
but he was unreachable. As music
is present yet you can't touch it.
"Yes, it's all different," he said.
"You're going to be very surprised."
But I wasn't thinking of that. I only
wanted to hold him. "Listen," he said,
"I miss that too.
And now you'll be telling stories
of my coming back
and they won't be false, and they won't be true,
but they'll be real."
And then, as he used to, he said, "Let's go!"
And we walked down the beach together.

IN OUR WOODS,
SOMETIMES A RARE MUSIC

Every spring
I hear the thrush singing
in the glowing woods
he is only passing through.
His voice is deep,
then he lifts it until it seems
to fall from the sky.
I am thrilled.
I am grateful.
Then, by the end of morning,
he's gone, nothing but silence
out of the tree
where he rested for a night.
And this I find acceptable.
Not enough is a poor life.
But too much is, well, too much.
Imagine Verdi or Mahler
every day, all day.
It would exhaust anyone.

Hi Diane, thanks for your comment. Always nice to hear from you.

Below are a few lines from Mary's poem 'Poppies' that appears at the start of the Mary Oliver thread which you began in June 2006:

There isn't a place
in this world that doesn't

sooner or later drown
in the indigos of darkness,
but now, for a while,
the roughage

shines like a miracle
as it floats above everything …

But I also say this: that light
is an invitation
to happiness,
and that happiness,

Taking what is, and seeing it as it is,
Pretending to no heroic stances or gestures,
Keeping it simple; being in love with light
And the marvelous things that light is able to do…

If I could say this to you so you saw,
And knew, and agreed that this was how it was…

– from ‘Vermeer’ by Howard Nemerov

by
morning, the light deepening, the
wind easing and just waiting…

– from 'A Thousand Mornings' and 'In Our Woods, Sometimes A Rare Music' by Mary Oliver as previously posted by Lonndubh

light
is an invitation
to happiness,
and that happiness,

from 'Poppies' by Mary Oliver

A note waterfalls steadily
through us,
just below hearing.

The rest-note,
unwritten,
hinged between worlds,
that precedes change and allows it.

from 'The Door' by Jane Hirshfield

from 'The Moment' by Theodore Roethke

I am thrilled.
I am grateful.

by
morning, the light deepening…

from 'In Our Woods, Sometimes A Rare Music' and "A Thousand Mornings' by Mary Oliver 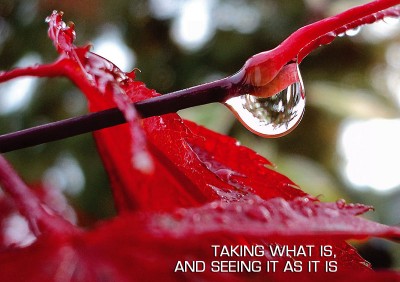 "light
is an invitation
to happiness, "

I am going to add that to my forum "signature" for awhile.
(And I just noticed that it meshes with my first signature so perfectly)...see my signature(s) below.
Really, that little line is a poem in itself.


Light
is an invitation
to happiness.

It reminds me of the clarity of "The red barrow"....

so much depends
upon

beside the white
chickens

Hi Mat, thanks for your comments. Great to hear from you.

In these split seconds of time

the eyes, the heart
draw it out,
to remember it –

How appropriate
its usefulness.

Of which so much
depends upon.

yes! what a marvellous line. I am stealing it,too.
Top
Post Reply
104 posts