...since i have to stay in bed the last four days and getting into heavy television-watching
i found out just now: tomorrow they`ll show one hour(11.45 - 12.45) LLL( len live london)
Of course we all know it and own it, but somehow it´s special to know they gave him one hour.
since years 3sat shows excellent live concerts on sylvester day, tomorrow Carole King, Eric Clapton,
James Taylor, Sade, Paul McCartney, Crosby, stills,nash and so on, but i allways missed HIM.
a peaceful coming in the new year for all forum members and hugs to all i know!
may 2011 bring us together under good stars
i feel deeply moved by the thought that leonard brought us all together!
till 2002, living without internet, i was feeling like an outsider and
only very few friends would listen with me to leonard and people left my place
when i put his records.then first day i was connected with the www
i put leonard cohen in google and i couldn´t believe my eyes:
A leonard fan meeting on Hydra, my heart was beating, this was the island i went 1977 to find him....
and 25 years later i found the members of the forum.
Now everything had turned into a completly different story: great sing a longs on the harbour of hydra
friends all over the world, sitting in airoplanes,
and now since almost three years jetting around the world to see the sweetest rock + roll band of the world,
spending hollidays on hawaii in raining forrests

with three finns
thanks to the gods to have chosen jarkko to put a great thought into reality! it was the best choice
the head and the heart of the forum.
i will allways remember the return way from the sunset on haleakala-volcano on mauii, endless curves...
ooupss, i think i´ve changed the subject and lost the road.
if the moderators think this is in a wrong thread, move it.
i must show my heart to the doctor, now.
i hope his not telling me to quit
so long ute
frankfurt+munic 1976; nuremberg 1988; lörrach, berlin, frankfurt+london 2008;
new york, cologne, venice, istanbul, prague + barcelona 2009
sligo, berlin, ghent, wiesbaden, strasbourg, marseille, hannover, dortmund, warsaw, las vegas 2010
ghent, helsinki, berlin, dublin, verona, paris...2012
oberhausen, mannheim, bruxelles, lucca, hamburg, odense, amsterdam...2013
Top

Merci for the information, Ute!

hi klyde,
he (the doctor) wrote himself a perscription

i´m much better now and will spent new years eve with friends
and not in a hospital.
did you get my pm yesterday ??


thanks for the information, it will certainly I very, happy see.

thanks for the information!

I own the dvd and the cd, I travelled around Europe for his concerts and still sat crying in front of the TV....
Wishing everybody a very happe new year, Christel
Top

chystal wrote:
I own the dvd and the cd, I travelled around Europe for his concerts and still sat crying in front of the TV....

I was crying too.

chystal wrote:
I own the dvd and the cd, I travelled around Europe for his concerts and still sat crying in front of the TV....

I was crying too.

Hi, thank you Ute for informing us.
This was really a nice gift from the 3 SAT to say goodbye to the year 2010

I also have the cd /dvd and looked at that TV concert as if it was the first time (indeed that London concert was my first concert of the last 3 years tours). Every emotional and of course some

in my eyes too. 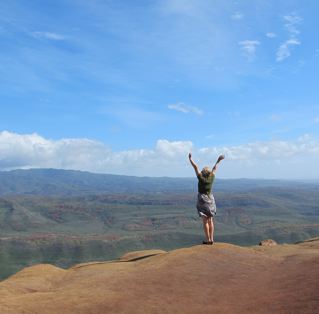 READY FOR TAKE OFF

Sent you a PM.

To everyone,
a big Thank You oblivon/ute for the information

and Thank You to Sat3 for this so beautiful hour

I have the DVD and CD and all of his CDs and DVDs and
hear and saw him in 7 different citys, but I sat there
in front ( another front row

Happy and peaceful 2011 to everyone