Everything about our biennial Walking Weekends in just one record-long thread!
Post Reply
2523 posts

Wow, you are a wonderful photographer Diane, they are just beautiful. Maybe we won't look so weather-worn in your photos after all

Thanks Bernie. I didn't realise til just now that they enlarged so much when you clicked on them on the forum or I'd have got the blobs off.

Cos I got up there early I got to meet Kwills who unfortunately couldn't make it to meet the group. Kwills, thanks for that cup of tea and for making the weather so good (everyone else liked it). Really would have loved you to have met the group. Next time we will kidnap you.
Top

I am so envious, you all had such a wonderful time. Hope another event is organised that doesn't clash with a family event so I can come and meet some members of the forum. I wonder if the dancing and singing in the Royal was anything like the event which inspired Leonard to write 'Closing Time'. Great poem liptrot.
...he shows you where to look amid the garbage and the flowers
Top

Thanks once again, Diane and Tim for organising such a great weekend. I love the way you even had the weather organised to switch back to cloudy and cold on the day we had to leave.
It was a great weekend, and has even inspired me to sign up for Krakow.

See you there!
Top

Evie I know you would have loved it. There is a rumour that another walking weekend may be being planned... Judith thanks for coming along, I for one really enjoyed your company, especially on that drive back from Portmeirion.

Back to my brief recap of the weekend. Thursday night was our first meeting in the pub and everyone seemed to hit it off straight away, including the "new" people, Judith, Linda, Liz and Christoph. Henning played guitar. He's such a show off but we love him anyway. Sinikka had us all converting feet and miles into metres and kilometres (Dave is also a show off, as he is the only one who got it right), after which she promptly crossed out the walks from her copy of the itinerary (but later changed her mind and still did the Snowdon trek

). Those of us who had finished eating in time went to see the Robeson tribute. I was a bit alarmed at how I would last the show at the beginning, not really being a fan of musicals, but enjoyed the run through Robeson's life; a remarkable man by any measure. I know all who went enjoyed it. We got a lovely rendition of Ol Man River that made me want to hear the original again: http://www.youtube.com/watch?v=eh9WayN7R-s. There's a potent mix of pain and sadness and zen in that song.

On Friday Margaret and the other non-walkers had some time in Barmouth, and had a lake walk and a walk across the bridge. Meanwhile, eight of us hiked up Cadair Idris, which was eventful and a lot of fun, and a chance to have some relaxed conversations. Here are some pics from the walk up: 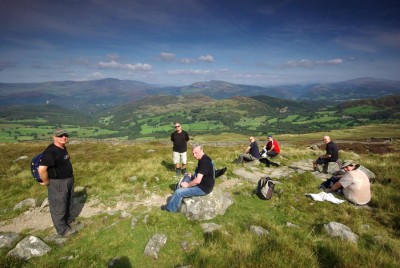 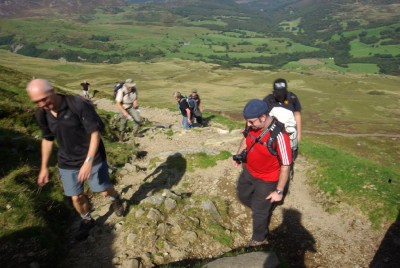 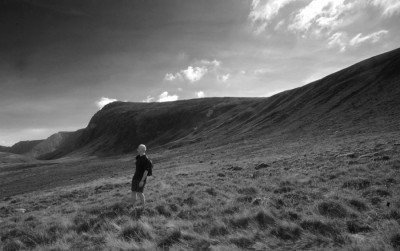 More on the way up: 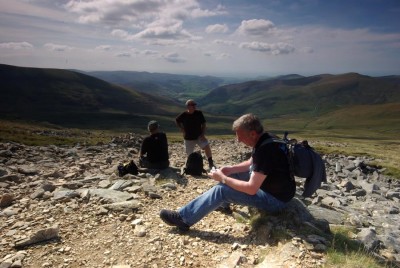 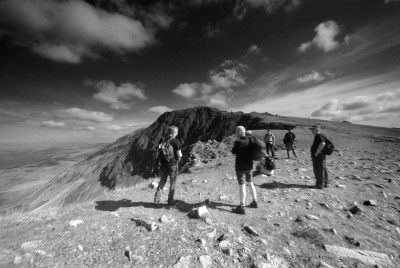 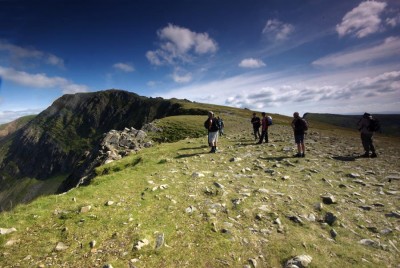 Absolutely gorgeous Diane... they really capture the moments so wonderfully and so naturally. Thanks for sharing them all. xx The second lot don't seem to be there on my pc.
Top

They should be there now Bernie. Thanks. Where are your pictures? (No gormless ones of me please.) See if I can upload some of the summit ones now and then I'll continue tomorrow.
Last edited by Diane on Wed Sep 16, 2009 12:02 am, edited 1 time in total.
Top

My camera died very early on so only have a few pub ones.... cannot wait to see the snowdonia ones 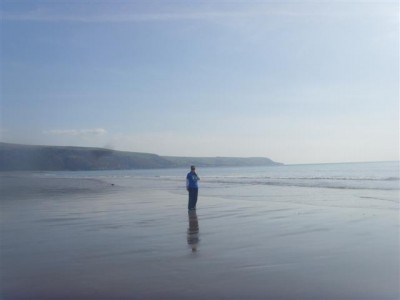 I had the beach to myself 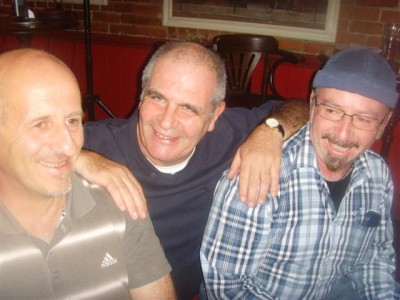 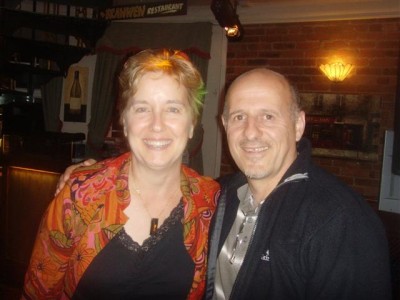 the serene Ann with our german troubadour

I love that one of you on the beach! Anne looks great in everyone's pics I have seen. Who are those strange men?

Top of Cadair. Note the 'extra', in the first pic, the fell runner who took a pic of us all at the trig point (still to come). Also, the 'extra' in the second pic is a gentleman called George whom we met a few times on our trek and accompanied to the bottom of the mountain. 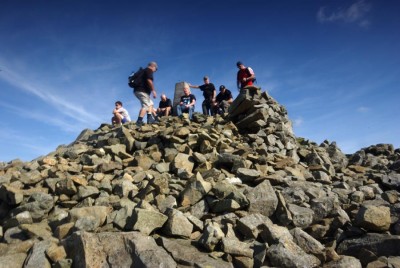 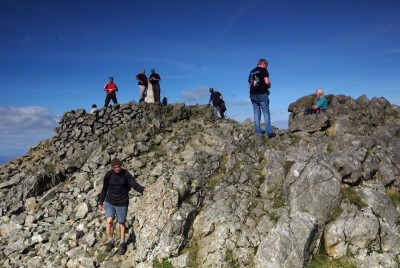 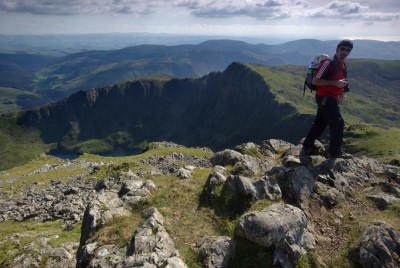 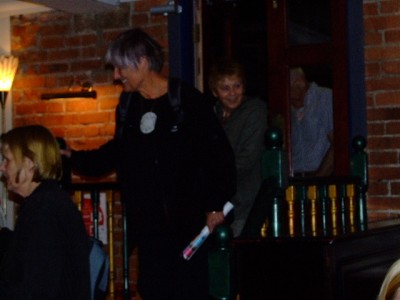 The girls on a walk in the woods. 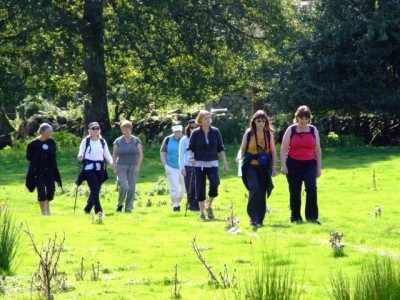 Last edited by Byron on Tue Sep 15, 2009 11:49 pm, edited 1 time in total.
"Bipolar is a roller-coaster ride without a seat belt. One day you're flying with the fireworks; for the next month you're being scraped off the trolley" I said that.
Top 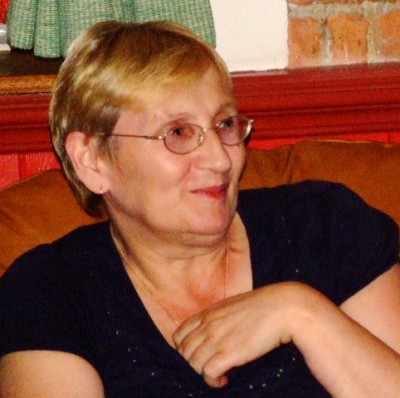 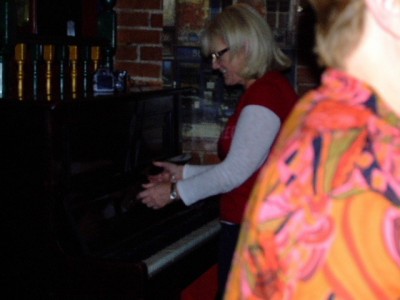 "Bipolar is a roller-coaster ride without a seat belt. One day you're flying with the fireworks; for the next month you're being scraped off the trolley" I said that.
Top
Post Reply
2523 posts