by Vicomte
Rather than put this post with the other thread on the bench I felt my post should not be in there.

Maybe I just expected more than what was.

by LisaLCFan
You may be onto something, Vicomte. Due to the costs and planning that were apparently involved, instead of a plain stone wall (which is a bit ironic, considering the "stonewalling" that preceded its construction...), I was actually hoping for something more like this Beethoven memorial "bench" in Vienna: 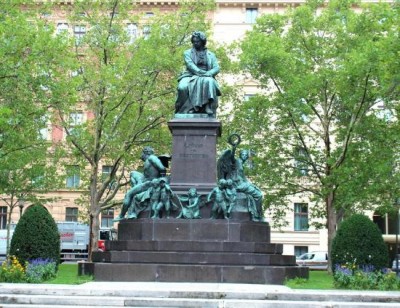 by Vicomte
Now that splendid piece of work Lisa would be a rather good reason for the delay. And it has great seating around its base. This "bench" as it is called, is not, or is it? Was it where it is on the Island, or just part of Greek mythology about planning?
All times are UTC+03:00
Page 1 of 1