A section for our Birthday Campaign. tributes around the world and your birthday greetings
Post Reply
2 posts • Page 1 of 1

Sylvie Simmons spent three days with us here in Helsinki. She promoted the upcoming Finnish translation of her LC-bio, and gave interviews to several newspapers.
Yesterday we had a little party with some local members. We listened to Leonard's new album (thanks to Sony Finland, we had already the CD), followed by Sylvie's debut album "Sylvie" (coming in October).
She also performed her favorite LC songs, and some of her own songs from her album. 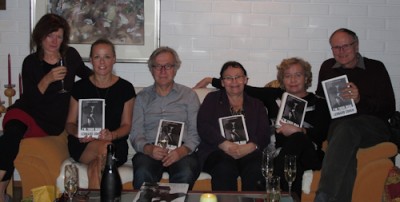 Re: B-day celebration in Finland with Sylvie Simmons