by Joanallan
I cannot believe that I will be blessed enough to sit front and center for Mr. Cohen's concert tomorrow night. I have seen him and the band perform before and I can only say it was absolutely flawless!!!! This will be my absolute thrill of a lifetime. I just can't wait!!!!!! SO EXCITED!!!!!!

by mutti
Looking forward to hearing your concert report Joanallan. Have fun and enjoy!
Leslie

by sturgess66
The venue is Mile One Centre, an indoor arena and entertainment centre located in downtown St. John's. A fairly new facility, it opened in 2001and the seating capacity is approximately 7,000. From Wikipedia - "The centre's name comes from it being located at the beginning of the Trans-Canada Highway."

St. John's is the largest city in Newfoundland and Labrador, and also the capital city. It is located on the Atlantic Ocean coast and is the oldest and most easterly city in North America. A colourful city no matter what the season. 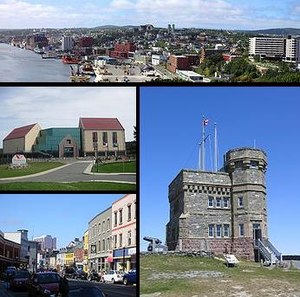 Iceberg watching is a tourist attraction

by Joanallan
Has anyone going to this show received the contents of the Diamond Package (aside from tickets) yet???? I have not. I am told I should have been sent an e-mail directing me how to pick up this stuff but I am not in receipt of anything.

Joanallan wrote:Has anyone going to this show received the contents of the Diamond Package (aside from tickets) yet???? I have not. I am told I should have been sent an e-mail directing me how to pick up this stuff but I am not in receipt of anything.

by regensburg
I have not received my package as of today, went to Memphis on 24 March. Marie informed me that the packages went out a couple of days ago, so we should receive them shortly. Looking forward to the new stuff.

by Joanallan
OMG!!!!!! Tonight is the big night!!!!!! Been dancing and singing along to Cohen all morning. So excited..... Hardly slept the past two nights. I just can't wait for the master to take the stage.... It's like entering a whole other dimension. Mr. Cohen and the band truly give it their all ..... And that is just a beautiful thing to behold!!!! Report to follow tomorrow!!!

@Christine_V_C - Currently in the same city as the legendary L. Cohen. Can't even handle it right now. #leonardcohen #mileone

@KKellyNF - Leonard Cohen reminder: If you are heading to show at Mile One tonight, doors open at 7, Cohen takes the stage promptly at 8. #donotbelate

DanMacEachern - Waiting for Leonard Cohen to start. So many fedoras!

@AnthonyGermain - Leonard Cohen is signing an old book of his poetry I've had for years. I'm a blubbering idjit at the moment.

@DanMacEachern - I hope Mile One Stadium has extra security on hand for all the rowdy Leonard Cohen fans tonight. Feels like it’s about to throw down.

@J_Ko__ - Observation: 1) most of the people DT tonight are silver haired. 2) Leonard Cohen is at the stadium. Coincidence? I think not.

@SeanPanting - Waiting for Leonard Cohen to start at Mile One. Disappointed by the lack of pre concert weed odour. All I smell is red wine and money.

@JillieStar - #leonardcohen show opens with a bang! What a voice! #legend

@melissaroyle Standing ovation before the show even started. #leonardcohen @ Mile One Centre http://instagram.com/p/YWGvXAyOPb/ from Division No. 1, Newfoundland and Labrador

@puppymcpooch - Leonard Cohen is swooning the crowd! His voice is like honey in my ears. He loves his band + crew. What a guy. WHAT a GUY.

@seliharris - Leonard Cohen is much loved here, with all the standing ovations so far. Good times!

@tara_bradbury - Leonard Cohen... anyone else get teary-eyed when he did the spoken word of "A Thousand Kisses Deep?" Intermission- 3 standing Os already.

@UncleMeggie - Currently getting my mind blown at the Leonard Cohen concert. https://pbs.twimg.com/media/BIVZzqnCIAEZxA7.jpg

by sue7
There's a really stand-out Keep Calm poster from Joey for tonight: Keep Calm St. John’s
(Fun Fact: St John’s is closer to London, UK than it is to Edmonton, CN)

by sturgess66
From Joey - A Crowd Warm Enough To Melt The Coldest Of Hearts Dance Me and the night’s begun.

Paul Kinsman ‏@PaulKinsman 1h
I wonder how many babies are gonna be conceived after the Leonard Cohen show tonight. Leonard might even make a few himself:)

Katie Stenson ‏@kateaanne 48m
I'm as in love with Leonard Cohen's backup musicians as much as the man himself. #swoon

Ken Forward ‏@haberdine 46m
Amazing show! And among the concert warez, #leonardcohen is selling a skeleton key keychain. Who knew he was into #locksport? #defcon 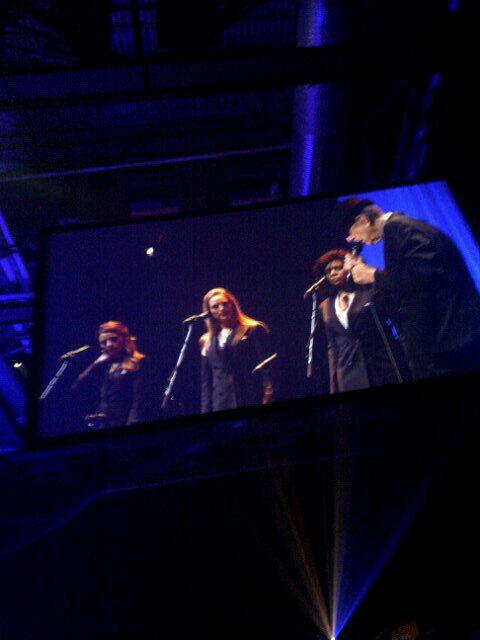 M Power ‏@mpgorbie 9m
The heat at Mile One fits this Leonard Cohen song. Any one else feel like it's the deep South? Or Mexico? 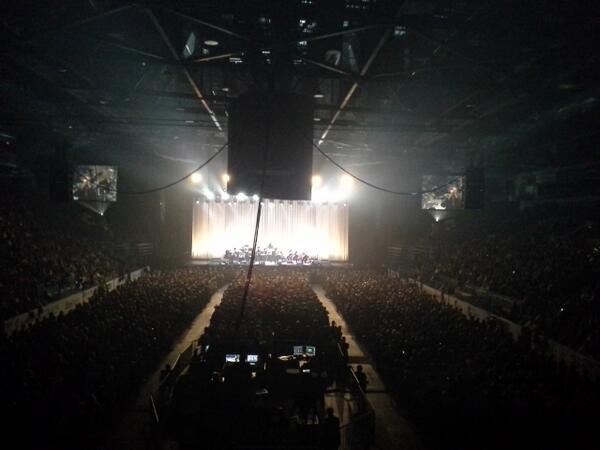 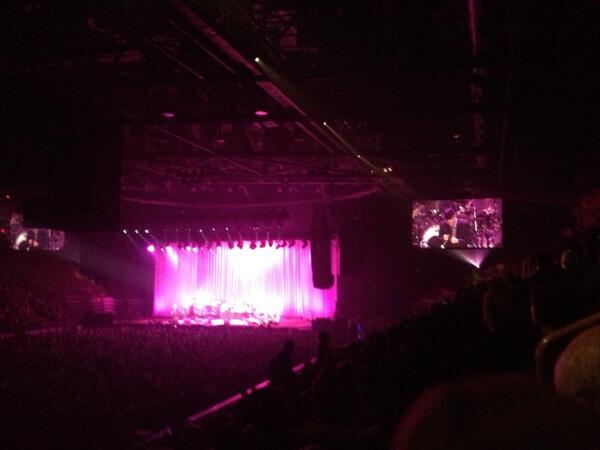 DR ‏@DRobichaud22 5m
Watching a living Legend #LeonardCohen in Newfoundland. The fans here are always amazing here! What a night!! 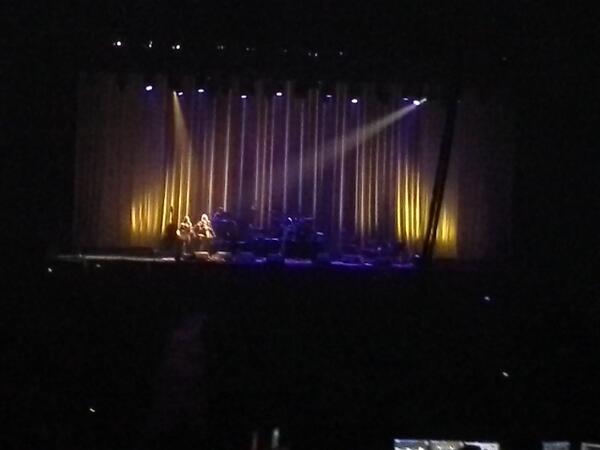 Kevin K ‏@KKellyNF 7m
The Webb Sisters do a lovely version of If It Be Your Will. #leonardcohen pic.twitter.com/BNmMPxFPDV

Anna Delaney ‏@annabeesy 8m
how is he still going?! #leonardcohen 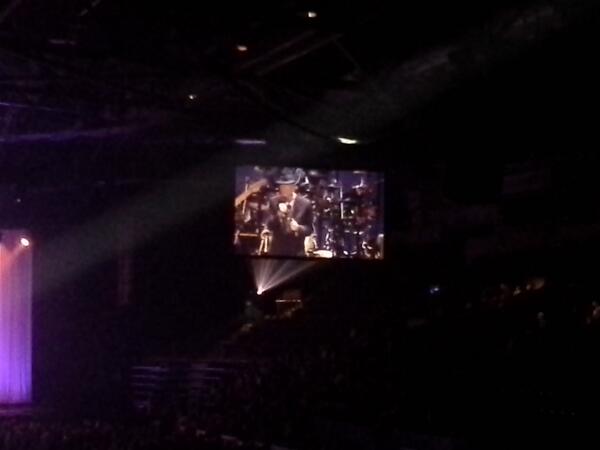 John Gushue ‏@JohnGushue 1m
Leonard Cohen will be 79 this fall, and he just finished a Springsteen-length show in St. John's. Amazed.

Virginia C McGuire ‏@vcmcguire 2m
Leonard Cohen has still got it. I cried all my eye makeup off during "Bird on a Wire." http://lockerz.com/s/289975535

Nancy ‏@esthero19 1m
Another incredible performance from Leonard Cohen tonight. I hope I'm half as sexy and cool when I'm 78! #classy

by hanny
Incredible show, my second time seeing him, first time was in 2008 at Holy Heart, I knew what to expect this time, but Leonard and the band did not disappoint. Personal highlights were Sisters of Mercy being played after Suzanne, and Famous Blue Raincoat, which got a loud, enthusiastic response from the crowd, nothing against past versions, but I found the version he played last night to be better than the version from Songs from the Road, which had a lot of saxophone, last nights was more stripped down and pretty much perfect (to me at least). The setlist was the same as a lot of the other shows, with the exception of Sisters of Mercy being played between Suzanne and Waiting for a Miracle, those 3 songs in a row was the best part for me, but the whole show was great, while leaving all I could hear were people talking about how happy they were, and how great Leonard sounded. Really great night.

by sturgess66
Video uploaded by "randellcayla" - Thanks!

by sturgess66
Another video - this one uploaded by Mme Osmond - Thanks!