Leonard Cohen is not filled, but it delighted Stožice

"We are doing me a favor?" Thunderous applause during the middle of a song Tower of Song mischievously smiling gray-haired Cohen. "Is this charity for the elderly? Or do you think that's all you can do?"

Even with the next verse, it is clear that neither myself - let alone obedient serfs under the stage - does not believe that would be to write: "I was born like this, I had no choice / I was born with the gift of a golden voice. .. "

September will complete 79 years of age, a Leonard Cohen on stage are still spends a good part of the concert on his knees, almost bent in prayer, which is every reunion with many years of "believers" really like. Even when standing, the knees slightly bent, like a boxer in a skirmish with the passing. Between licks of one of the members of his accompanying band - especially stands out his longtime collaborator Sharon Robinson, who sang "their" shared a song, Alexandra Leaving - SI-cropped gray hair hat off in respect. "Deeply appreciate you," eyes closed breathed on several occasions. "I appreciate that you are in these difficult times ar den pay for the ticket (which cost somewhere between 30 and 90 euros, op. N.), I appreciate that you nagnetli high to the ceiling."

The Ljubljana STOŽICE the Cohen now 'conflict' for the second time, if in 2010, many a sarcastic flown on account of (then) bad sound system, this time, probably due to much less compressed auditorium, the eye was the fact that the concert, which we can have seen a lot more criteria in the intimate atmosphere Križanke. But, frankly, even ascetic staging (on stage there is nothing, except a dramatic large curtains by color changing lights, two screens and Persian rugs, a distant echo of "living room", which was the day before in Ljubljana magically Hugh Laurie ), Cohen's (too) large piece of space: from the very first bars of Dance Me to the End of Love onwards, it is clear that the band kept their promise to us "give you everything you possess." In less than three hours so namešal cocktail of their "mandatory" classics (Bird on a Wire Everybody Knows right from the beginning, Suzanne, Chelsea Hotel and the Sisters of Mercy a little later) and introspective songs from the previous album Old Ideas (The Darkness, Amen, Come Healing).

Cohen also on this tour accompanied by an excellent cast of musicians, which has been demonstrated with their solo performances; Spanish mandolin, violin, and even Moldavian gong and elements of klezmer music, adding a rich, complex sound. Here is the solo Javier Mas on 12-string Spanish guitar bandurii, accompanying vocalist Sharon Robinson mentioned by Alexandra Leaving, sisters Charley and Hattie Webb, like Robinson dressed in strict bones, which are slightly similar to all three airports assistants, are singing If It Be Your Will;

First Cohen off the stage farewell with a loading trojčkom (and one of the highlights of the evening), songs I'm Your Man, Hallelujah and Take This Waltz, at which parter finally rises to his feet (with the exception of occasional Apače scream somewhere in the stands almost no people sing and it seems to hold your breath so as not to miss a word of mouth bards).

"I love to speak with Leonard / He's a lazy bastard living in a suit," the troubadour of his own myth jokes in the song Going Home. For someone who regularly insists on the stage after three hours or more, it would have been less difficult, of course, true, but the song is a good reminder that the album Old Ideas can be completely quiet piece of opus from younger years. Cohen, in his poetry always raise the topic mortality, transience, (losses) love and temnine. Now that you are nearing the eight cross and, of course, inevitably lost touch of intensity in his voice, the sound even more real and vividly. And it is probably also the reason why the crowd always go to listen with fresh enthusiasm, but not just so they can say that the legend of a past time to see live, it is still performing ...

The first farewell of course has not yet been: even after two extensions, which served countless prirejano First We Take Manhattan and the heart parajočo Famous Blue Raincoat, it seems that the Closing Time truly over. But the old fox has in itself enough to spark tested "spontaneous" extension I Tried to Leave You ("Goodnight, my darling, I hope you're satisfied, / (...) And here's a man still working for your smile" ), in which the audience invariably elicits happy laughter. The joke is, like most of Cohen's stage chat, have heard and tested - but no less charming. Cohen does not want to be a frontman, does not try to be a star, but you really just - and now this unconscious frayed word - troubadour who patiently garage for his art.

"See you down the road," us before surprisingly springy odskaklja the stage, the farewell given to Cohen. Words, if we are to believe his predictions on the last tour, symbolic. (Except of course for those who have already made the drenjanjem from Stožice enthusiastically discussed how to come up with tickets for his concert at the Arena of Pula, 2 August). But if this is really goodbye, at least in the mouth leaves no bitter aftertaste that you went to see only the empty shell of the former greatness . Not bad for someone who is retired from the concert (2008) returned supposedly only because he, the then manager stole all the property.

So here's come confirmation of "see you down the road" -- and I do envy the people who got to see Charley, Hattie and Sharon dressed in strict bones, not to mention Leonard garaging for his art.

HelenOE wrote: So here's come confirmation of "see you down the road" -- and I do envy the people who got to see Charley, Hattie and Sharon dressed in strict bones, not to mention Leonard garaging for his art.

The Webb Sisters have been known to dress in strict bones 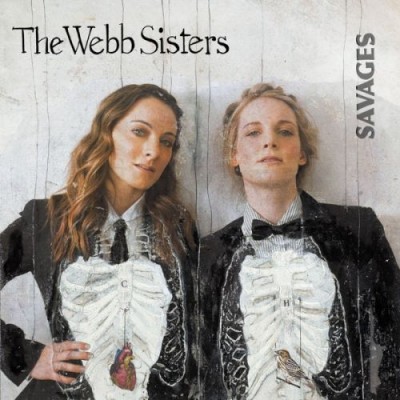 HelenOE wrote: So here's come confirmation of "see you down the road" -- and I do envy the people who got to see Charley, Hattie and Sharon dressed in strict bones, not to mention Leonard garaging for his art.

The Webb Sisters have been known to dress in strict bones

And now that I remember where Leonard has his home recording studio he may very well be garaging for his art again before too long. At least we can hope so.

Already many years ago I was somewhere in Spain for a few days missed concert by Leonard Cohen. I remember what drama to me then it's done. Tipo we will die jeboga. At that time I did not know it yet live, and I rushed a few years ago in Zagreb - only to hear before I die - I also carry a much more respectful. From then on it consistently speak and think like the masters. His stage presence radiated decency, humility and, if you will, the wisdom that is in my eyes far beyond musicians. Is Persona, one of those rare people with an internal grill in the endless world leaving a lasting impression. His musical journey is one way or another so imprinted in our subconscious popkulturno than in our hidden, intimate lives. Perhaps many of you want to at least get in touch with this overall presence of our lives, and this time I have some acquaintances Jeli interpreted to be hear before you die.

A gentleman in the best seventies sang more than triuren concert, I will probably have spent time and really was not that special needs in order to make a Stožice. I've heard it already, sang a bunch hitičev, and although I missed their favorite songs, they will forever remain at least at the plate. There you'll ruin the taste, I thought the sultry afternoon before the show. I was expecting a bad sound in the hall, there is nothing šlagersko I felt, I had a somewhat bad day and on top of that I was strict predictability of onset and scenarios for songs somewhere antipatična.

Shortly after the beginning of the evening I overcame the aversion, which quickly came to the painful distance, the musician and the audience creates the size of the event. But what's funny is that it is perhaps the size of the hall and the relative distance to the stage really made the evening. Many projection screen at the side of the stage is a man approached Leonard to the extent that people with cell phones often slikalo (sic) with only a canvas. On it is up close and stood gestikuliral elegantly dressed Cohen, whose mimicry is once again talked about the dedication and secondly perhaps indifference to this or that song. By routinely galantnostjo is respectful bow to other musicians on stage, sometimes crouched down and then looked at each other with guitarist Javier Masom, is one the prominent makers dignity unprecedented in some people manage to carve passing.

But what is kept in a whirlwind every song tapped into the listener were Leonardo's blue eyes. His piercing look is intense, and when the song Everybody Knows sharply in the blank stares, then slutiš to repeatedly relive the absurdity of this world. It seems like it is in its tranquility as always angry and indignant, as if in his poetic solitude and, as he once expressed, vseskozni grace, never forgot the weight of the world that surrounds it. You see the gentleman who appreciate the fact that you can leave yourself through song, and also to those marathon concerts grateful for your gift and our attention. It is still playful and still on stage and off stage waltzes and Step Up. But that Cohen is still different person than the young ones of his life drunk poet who, with a completely different color and charisma voice recorded Songs of Leonard Cohen. Sometimes, just a little, this restless, while sharp, and confused young man looked down with a projection screen, and it seemed as if the two people on the stage, and the beauty of the body and songs that strives laconic and impetuous, but also a thoughtful a young man who is thought to be in the Mediterranean fleeing Canada, but there's just hiding from own theme.

And is therefore really quite superfluous to add that I am a Bird on a Wire again felt completely new to me as Darkness and finally Going Home, both recent album, completely collapsed, and I was able to leave even hymnic Hallelujah. If I had previously considered vulgar crowd, this time I'm with all the respect in the very last hour concert spent on your feet, gently rocking even on anything but shocking Sentis solo singer Sharon Robinson and completely leave the sentimentality of dance, which was by such This Waltz afford a couple returns.

So, Leonard, thank you. And when.

This is not to do specifically with the concert in Ljubljana - but it is a short interview with Roscoe while he was in Ljubljana.
Some good thoughts from Roscoe.

"One week before Pula: Cohen stirred up Ljubljana"

Good video - I think it's from Ljubljana -