Concert reports, set lists, reviews, photos and You Tube links. Fan meet-ups before and after the concerts.
Post Reply
13 posts • Page 1 of 1 Some video from Gothenburg. It's not up close - but gives a view of the brand new Gamla Ullevi stadium.
I think Leonard is breaking in the venue - the first concert ever to be held there.

During a gig that spanned more than three hours, he lined up one classic song after another. Leonard Cohen has apparently not only understood that it applies to invite their audience to the songs they love most. But also it is not good enough to just demolish them.

Tonight's greatest achievement is that Cohen and his band not only plays through all the classics with a distinct clarity and presence. Leonard Cohen takes on every verse, every word with an undoubted commitment.

It would otherwise have easily been able to go on the routine. Nobody could ever really surprised if Leonard Cohen by now sounded as if he was doing covers of itself. So'm so worn out is actually the closest to iconic songs as Bird on the wire, Famous blue raincoat, So long, Marianne and Take this waltz. To say nothing of Hallelujah which is now one of the most abused song. Leonard Cohen also do it with total conviction. Take it back from klåparna.

The songs does an apparently still very much to him. They are too important to be careless with.

Leonard Cohen has been more or less constantly on tour for the last four or five years. This was the third visit to Gothenburg in a short time.

No wonder then that he has with him a band that not only made up of phenomenal musicians, but that they are also fantastically attuned. It sounds consistently fantastic cally good.

Leonard Cohen's music has since the voluntary exile in Greece during the 60s stretched out between the European and the American. Maybe it requires a Canadians to linking influences. It is anyway nice to hear the violinist Alexandre Bublitchi, taken from Moldova and the band's newest member, manages both a Balkan inspired solo as the American folk tone of the Heart of no companion while the piano is so simple and so beautiful and Roscoe Beck supports up to its catchy, femsträngade base.

On stage are also sisters Charlie and Hattie Webb of Kent in England who has a clear British folkmusikton in his song and who also contributes guitar and harp. And so when in every way elegante Javier Mas from Barcelona on different kinds of guitars - not least the twelve stranded bandurrian that several times during the evening rumble and sway in the meeting with Leonard Cohen's dark voice.

Leonard Cohen himself goes down on his knees, he was dancing, smiling, joking about an ant on a visit, and plays both toy synthesizer and mouth harp, and it does not feel tight, just obvious. He begins the evening with the promise that he and the band will give us everything they have. The promise fulfilled by a wide margin.
Johan Lindqvist 031-62 47 78 johan.lindqvist @ gp.se

Coming Back To You
http://www.youtube.com/watch?v=m46W2g00hSI

In My Secret Life

The band performed great as always, but the arena isn´t really made for concerts (a soccer stadium). Alot of people were very angry cause they couldn´t see the stage. According to the Gothenburg newspaper (gp.se) alot of people moved near the mixing board to be able to see the stage. Some guards came and pushed them away, one woman apparently hit one guard and was thrown out.... The show was originally going to be an all standing show at TRÄDGÅRDSFÖRENINGEN and I must say the info during the change of venue was a huge scandal.
However, what pissed me off the most was some people who can´t stand anyone in the audience singing along or clapping or cheering. We had a bunch of totally jerks around us that didn´t enjoy us clapping or singing at all. They could stay at home and watch a dvd instead. I´ve seen about 300 concerts in my life but have NEVER experienced a more dull audience. It is A LIVE CONCERT with REAL PEOPLE in the audience. So with this in mind the show in Copenhagen last saturday was MUCH better.
Highlights from the show was IN MY SECRET LIFE and SISTERS OF MERCY. Unfortunately no DIFFERENT SIDES and no I CAN´T FORGET.
L.C. - Helsingborg, Gothenburg, Copenhagen 2008. Malmö 2010. Copenhagen, Gothenburg 2012. ????????? 2026 :=)
Top

Here´s a photo from the show! 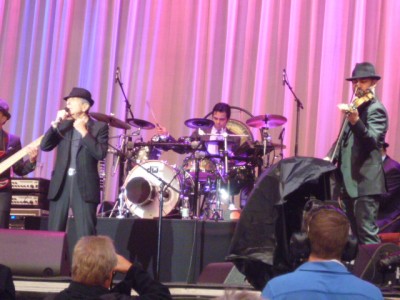 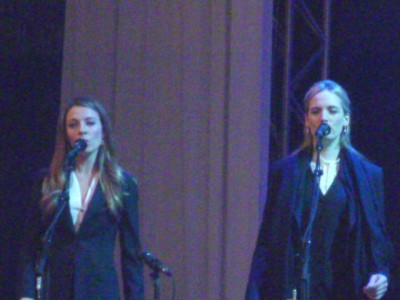 And here´s some more photos. Not the best photos but wtf... Hope you´ll enjoy! 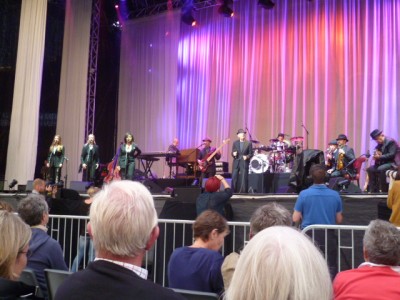 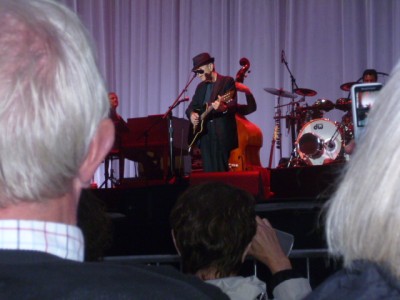 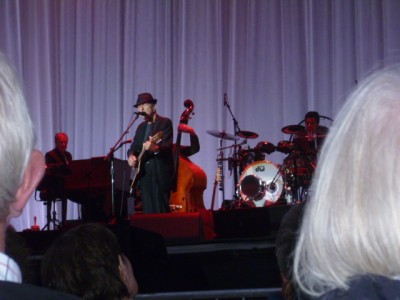 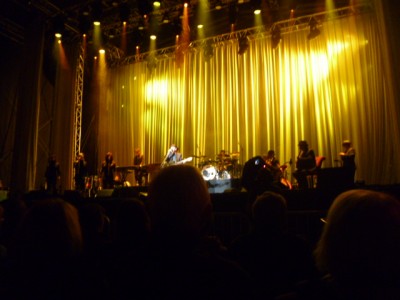 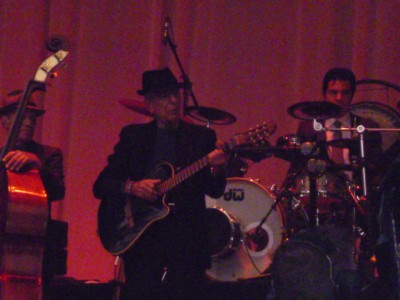 Nobody commented on Leonard's unusual dress code that night:)

Tom, thanks for pointing that out.

The t-shirt is sooo

Harkens back to the '93 tour