Dino Soldo not in the tour band

Everything about the European leg of the World Tour!
Post Reply
262 posts

That said, I must say that I have enjoyed Gent just as much as I did enjoy the 2010 tour and will enjoy it tomorrow in A'dam.
Top

IMHO Dino's dynamics was a perfect counterpoint to Leonard's stoic story telling. I remember I was pleasantly surprised at the Halifax/Charlottetown concerts (the 5th and 7th concerts of the 2008 UHT) with how fresh and enthusiastic the whole band sounded. This "good vibe and energy" effects ability to connect with the audience.
I understand that LC may have another vision for his band now, I'm just saying I preferred the previous one.
/Warsaw March 22 1985 / Halifax May 16 /Charlottetown May 18 / Dublin June 15 / Vienna Sept 24 2008/
Oakland April 13, 14, 15, San Jose Nov 13 2009/
Las Vegas Dec 11 2010/ Oakland March 2 2013/

We hade a pleasure to attend 4ht and 5th concert in Ghent.
Leonard was perfect as always! I want to thank him also for singing Waiting for the Miracle in both evenings, as he promised us in lobbybar!

Leonard even looked younger than two years ago in Stuttgart when we suddenly met last time!

The concert was perfect BUT something was missing! The concert had lost a HUGE PART of relaxation and delight!! We really missed the joy of Dino although most of the band did their best!! Dino made concert performance relaxed and good-humoured! His smile was like the light of the performance! And it is impossible to say same things of the violinist! He was serious, too serious, like in funerals!
Of course he played his violin perfectly, but he should provide space also for Dino. And if they are not able to fit in same band, let's vote on Dino's behalf!!!

WE JUST WANT DINO, HIS INSTRUMENTS AND HIS VOICE BACK TO BAND AS SOON AS POSSIBLE!!!!

In order to remind You about Dino's nice appearance I'll attach his nice expression in Stuttgart 30.9.10 in the darkening evening before the concert!! Let's all demand Dino's comeback!! 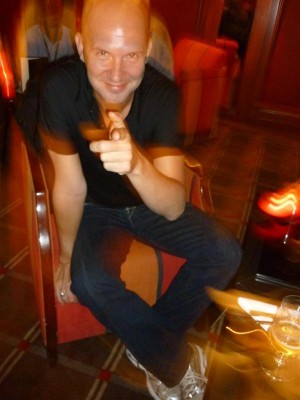 I don't.
I guess it all started for me sometime around Christmas 1967 and now, goodness me, it's.........2018 and over fifty years later.
No one ever listens to me. I might as well be a Leonard Cohen record.
Neil from The Young Ones
Top

I'm waiting until I hear and see the new style concert before I decide !
Forget your perfect offering -
There is a crack in everything...
Top

TipperaryAnn wrote:I'm waiting until I hear and see the new style concert before I decide !

Good for you Ann. I wish more people would take that attitude - too many have been prejudging with (or without) then benefit of YouTube clips. Keep a look out too for the little smiles, nods and gestures between Mitch, Alex and Javier. They are a team. And, yes, Alex DOES smile. You just need to watch.

Perhaps I shouldn't judge the dismissal of Dino by the you tube videos but there have been many Ghent videos that have been great and for, me personally, I am happy enough as it is for this tour thus far. As I have said elsewhere, although Dino was certainly a superb musician, to me I was not enamoured by him and the style the songs sometimes took at a LC gig. Perhaps because it just come over as so "uncohen" like to me and this new set up is closer to how it was before and how I prefer it. Music is so individual of course but with all those saying they want Dino back, who do they go to see at LC gigs? If anyone really misses Dino, I am pretty sure he will be doing concerts and the chance will come to go and see him play BUT I bet he won't be the same without Leonard

I guess it all started for me sometime around Christmas 1967 and now, goodness me, it's.........2018 and over fifty years later.
No one ever listens to me. I might as well be a Leonard Cohen record.
Neil from The Young Ones
Top

I agree, check out the show before you judge, however, I think both could be in the band. In a way I like this tour being a bit different, with another guitarist (although because of illness) and the violin, but this tour is something different. The violin fits great but in a way it´s sometimes too much, perhaps cause we´ve had two tours with Dino that we liked so much!
L.C. - Helsingborg, Gothenburg, Copenhagen 2008. Malmö 2010. Copenhagen, Gothenburg 2012. ????????? 2026 :=)
Top

Say what You want! I believe there are many, many persons at the Forum who do not want that whole the music of Leonard Cohen goes into the darkness (don't misunderstand me! I love the song Darkness). I miss the freshness of Dino and it was not anything away from others in the band!!
Dino back as soon as possible! Maybe in Helsinki, Finland.....
Please, Roscoe, do something!!!!
1993: Helsinki
2008: Copenhagen, Helsinki
2009: Budapest, Barcelona
2010:Helsinki, Stuttgart
2012:Ghent 17th and 18th Aug, Helsinki, Bucharest
2013:Brussels, Berlin, Pula, Stockholm, Oslo, Amsterdam
Top

Päivi from Finland wrote: Please, Roscoe, do something!!!!

Just leave it alone.. It was perfect then and it is perfect now!!!
Tineke
"There’s no forsaking what you love ...."

What about those who thought that perfection with the ladies who backed Leonard was, amongst others, Laura Branigan, Anjani Thomas, Jennifer Warnes & Sharon Robinson, then Julia & Perla, now it's Sharon again (long time collaborator of Leonard's and of course a co writer) and the Webb Sisters. They have all been wonderful but are quite different. I think that possibly Julia & Perla would get most votes, they would mine but I am happy now with Sharon and the Webb Sisters. What we get from LC is an evolution in terms of music and the way he has chosen to make his sounds in concerts and on albums but what ever way he chooses, you can be sure he (along with Roscoe Beck of course) has spent many a long hour perfecting what we the public see and hear.

Sadly I sometimes get the feeling that for many, Leonard Cohen only arrived on the scene in 2008 and Dino Soldo for whatever reason people have, it seems to me they feel he has been the person who made the last 2008-10 what it was. The new album "Old Ideas' has I believe just one song where Dino is present, did it lessen the album, was it as good as it could be, or was it better? Who knows but my guess is that not one extra CD would have been sold if Dino had played on all the songs. So although some will always believe that perfection is with Dino in the band (their choice of course), that is rather demeaning to all those superb musicians that preceded him, when as far as I personally am concerned, since 1970,I haven't ever been at a LC gig where "perfection" wasn't there.

So for sure, wish he was on the tour if you must but don't say it is not perfection without him, as a writer and a performer, Leonard is no fool, he has been around from the 60's you don't get this far unless you know your "stuff" and how to portray it to the public.
I guess it all started for me sometime around Christmas 1967 and now, goodness me, it's.........2018 and over fifty years later.
No one ever listens to me. I might as well be a Leonard Cohen record.
Neil from The Young Ones
Top

Personally I much prefer the new band line up to the last one. I felt that Dino sometimes was like a showman musician with some of his technique a little overpowering for LC's music. Alex I feel blends in better. I think this current line up still have some surprises waiting for us - remember Neil Larson can play the cornet and one of the Webb sisters plays the clarinet

I wish Dino all the best in his next venture.
Top

Totally agree with you, Vicomte.
Top