Everything about the European leg of the World Tour!
Post Reply
33 posts

now that Verona is confirmed I am happy to give you some suggestions for Hotels or Bed & Breakfast in Verona.

BOOK AS SOON AS POSSIBILE a big FAIR MARMOMACC is starting on 26th september and the FAIR rates are due from 25th September and normally the city is sold out from that day.

So try yourself through internet (I asked for rates but due to the fair I did not get them for the necessary period, inlc 25th)) .
http://www.cittadiverona.it/ospitalita/ ... hotel.html
or
http://hotel.italiaabc.it/verona.html
or
http://www.hotel-association.com/verona.htm

If you do not find a Hotel in the City try outside like :

Borghetti Hotel Parona
http://www.hotelborghetti.com/it/location.htm good bus connection there is one night bus every hour until ca 1 am and the taxi fare is not too expensive beeing part of Verona

Hotel Gran Can Pedemonte
http://www.hotelgrancan.it/albergo.cfm; this is particular, it is a social project Hotel they have also social workers and in a wing of the hotel is a appartment with a comunity for people with "mental problems " to be inserted in daily life, the hotel does usually organize also many concerts and has biological food - it is 7 km from Verona city - but good prices and people said it is nice, and busses until 20.00 h ca. (later only taxi service)

in Verona town:
The Hotel GIBERTI gave us "special "rates, but until only 24th - on 25th they charge a lot more (350 Euro for the double room), so or one goes outside Verona or pay so much


Hotel Italia is also OK , good to walk to the centre 15 minutes, but on a very traffic road

Hotel San Marco (not a nice position,it is on a main road, but possibily to walk to the centre) and the Hotel is OK

Hotel Borghetti, in Parona it is not in the center, but in the first part of Valpolicella belongs still to Verona town.

Outside in the south part of Verona it might be easier to find rooms.
First try in the links I indicated , if there are NO ROOMS, let me know and I try to find out more hotels outside Verona like :
big ones in the south are Sudpoint Hotel, TRYP Hotel

I also found some cheaper options at the following website that I have used lots of times.

Thanks for your accommodation hints Andrea. I spent a lot of time on Friday and again yesterday trying to find a hotel in Verona at a reasonable price without much luck. In the end I booked the Hotel Verona on Corso Porta Nuova which was reasonable and looks within walking distance of the Arena and other tourist sites. Do you know anything about it? Is it OK? I am a little suspicious because it is still available and still quite cheap!

Looks like quite many members are going to Verona. It would be useful to know about your plans, will you please share them with us!
1988, 1993: Helsinki||2008: Manchester|Oslo|London O2|Berlin|Helsinki|London RAH|| 2009: New York Beacon|Berlin|Venice|Barcelona|Las Vegas|San José||2010: Salzburg|Helsinki|Gent|Bratislava|Las Vegas|| 2012: Gent|Helsinki|Verona|| 2013: New York|Pula|Oslo|||
Top

We suppose the cheapest accommodation will be the campsite Castel San Pietro. From there you have beautiful views on the city and it's an easy walk to the Arena.
When we we were there it was calm and the staff was very friendly.
We give you the link: http://www.campingcastelsanpietro.com

Have an exciting concert in september!

mabeanie - I always look at Tripadvisor when I'm seeking hotels anywhere - looks like your hotel is OK. The last few comments are all positive, and it sems likely that the hotel has been spruced up recently.

I have flights booked from Manchester UK with Monarch arriving in Verona on Sunday 23 September and leaving on the evening of Wednesday 26th.
Single room already booked at the B and B Rigolleto which seems close to the centre of Verona and the Arena.

Looking forward to 3 days away, a wonderful concert and maybe a day trip by train to Venice on Monday.

Mabeanie1 wrote:Thanks for your accommodation hints Andrea. I spent a lot of time on Friday and again yesterday trying to find a hotel in Verona at a reasonable price without much luck. In the end I booked the Hotel Verona on Corso Porta Nuova which was reasonable and looks within walking distance of the Arena and other tourist sites. Do you know anything about it? Is it OK? I am a little suspicious because it is still available and still quite cheap!

Hi Wendy you are lucky it is very close to the Arena and should be fine .

jarkko wrote:Looks like quite many members are going to Verona. It would be useful to know about your plans, will you please share them with us!


Yes please do give us your names , ones we have a list and know the number we can try to organize a meetup before the concert and I can give some reference names of bars/caffès where people can meet without wandering around looking were the cohenites are:-)
Andrea
1976 june Zürich (both evenings)
2008 july london - july loerrach - july lucca - october berlin - october milan - november london
2009 july koeln - august venice - september barcelona
2010: july salzburg - september florence- - december las vegas
2012: august ghent - september berlin - verona
2013: august pula - august Zürich
Top

...andrea....i'm in venice from the 19th. september and will be training it up to verona on the 24th. and after the concert i will be flying back to the UK from verona on the 26th. on the same flight as margaret...i too am staying at the hotel verona and also hoping to be spending a lot of time at the little wine bar tucked away in the far corner of the piazza delle erbe....

Thanks for your thoughts on Hotel Verona Andrea. I did check the ratings on booking.com and Tripadvisor but, as I said before, I was suspicious that it was still available and at a good price (c €100 / night for a double room).

I haven't booked my flights yet but I am planning to arrive in Verona on Sept 24, leaving after the concert on Sept 26. I am hoping that we will have the chance to meet up and socialise as we did in Florence.

PS For anyone flying to Verona from London, BA (from LGW) appear to be cheaper than either Ryanair or Easyjet and you get an assigned seat and free baggage allowance!
Top

Dear all
Regina and me are planning to arrive from Munich in Verona on Tuesday/day of concert in the early afternoon by train, leaving Verona the next day in the late afternoon.
Booked a small B&B, 100€ the double (now full, no use in naming it).
Plans also for Gent 12.8., Berlin, and Paris(though there the price level is to discuss again).
Looking forward to see a lot of you there.
And special thanks to Jarkko, like always!
Good luck with bookings,
Harald
1979 Kassel / 1980 Munich / 2008 Munich, Hamburg / 2009 Cologne, Antwerp, Lisbon, Budapest, Barcelona / 2010 Salzburg, Florence, Marseille, Stuttgart, Bratislava / 2012 Ghent, Berlin, Verona, Barcelona, Madrid, Lisbon / 2013 Paris, Mannheim, Rome, Prague, Pula, Zuerich, Amsterdam
2011 Haiger / 2014 Dublin / 2015 Hydra, Viladrau / 2016 Amsterdam / 2017 Hydra, Balaton / 2019 Yorkshire
Top

We will go to Verona too, nice 2 see u there!

We ordered bed & breakfast in a nice hostel
Near the Arena for 60.-€/ night, arrive 24th and leave 26th
Moonglum
normally travelling Germany up & down
http://www.christian-appelt.de
Top 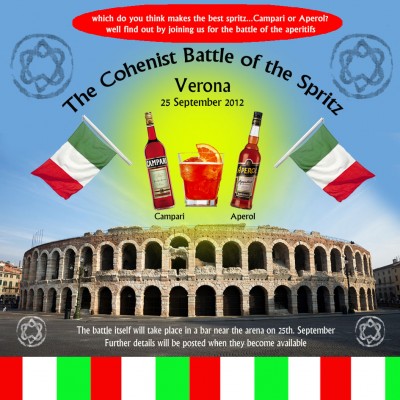