by mickey_one
hey, just because Justyna and I couldn't make it is no reason for everyone to behave. Tell us the scandal, Joe and I promise I will tell a soul. 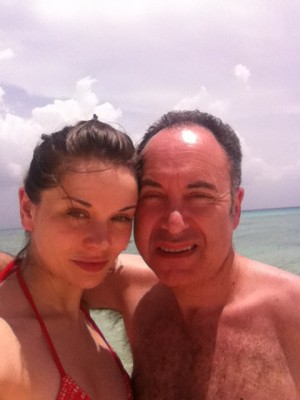 by Joe Way
Dear Michael,
Unforunately the scandal level in Madison seemed not to rise to the level of the scandals in Montreal or Hydra. I will relate the one unforunate incident involving myself and the two beautiful Sunday night performers, Sylvie Simmons and Heidi Clare. It seems that we had run out of their preferred beer, "Spotted Cow"-which is a wonderful Wisconsin Micro-brew. At the intermission, in the absence of Spotted Cow, I brought them two beers-one named "Two Women" and the other "Totally Naked" which they mistakenly interpreted as some type of untoward suggestion in an Leonard Cohen backstage kind of way. I was absolutely shocked-shocked, I say, and although the lovely Anne was willing to ignore this affront to womanhood, unfortunately Sylvie & Heidi seem to feel that I was suggesting something not on the program. I'll leave it to the audience who saw me at Music Hall to testify to my impeccable behavior that night and all nights.

It was wonderful that you and Justyna had a great beach vacation, but how could that compare to a Leonard Cohen Event?

by mickey_one
Joe, it is clear to me that you were falsely accused and I will prepare the defamation claim immediately after I prepare my bill. "Beach vacation", huh - that is just how one appears in court in the Caymans. Trust me, I'm a lawyer.

by dick
Looks to me as if the gorgeous Justyna has tamed the beast that caused so much scandal at our earlier events.

Is that not right Mickey?

We really missed you guys. Geoff says he is very much looking forward to a meal with you two soon. Linda and I would love to see you in New York this December. Two Cohen shows plus the city at Christmas time should be a real treat.

Except for Joe's shameless promotion of my preferred life style, folks were remarkably well behaved.
All times are UTC+03:00
Page 1 of 1