Ask and answer questions about Leonard Cohen, his work, this forum and the websites!
Post Reply
7 posts • Page 1 of 1

I woke up this morning thinking about Leonard and then with a certain sad nostalgia about the demise of our long running Toowoomba Cohen Event, which reached the ripe old age of 20 last year.

This annual Leonard Cohen birthday celebration started in 1993, just as an idea, so it is rather nice that it lasted to maturity.

Its demise was just because it reached a point where there was nobody left with the energy or time to sustain it... oh well, that's life. I myself may have done so if I was still living in that city, but I migrated to Melbourne.

Anyway, although it was only a small local event, we still had quite a number of interstate guests participate, as well as two overseas performers and friends of mine, Henning and Ann Vriend.

We really did have many good times over those 20 years (21 events), so the happy memories of those times are there to relish. The two photos capture Henning and Ann in action at the 2007 event.

If there are any folk reading this who did attend, such as 'blonde madonna', a big thank you for supporting us at the time. 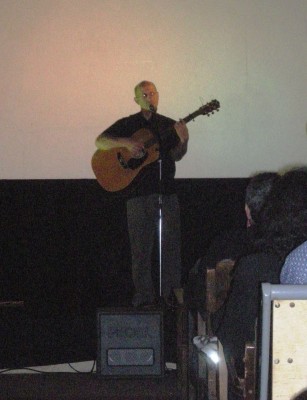 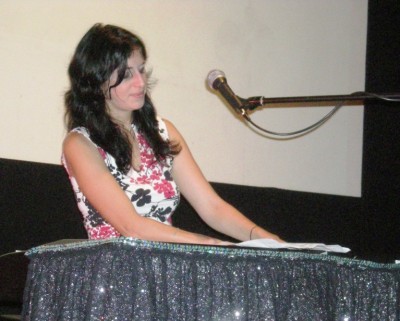 That is a sad thing to happen but time marches on for all of us. Unfortunately, I was never able to get to this event.
I feel your nostalgia for it's passing and the good times you had. But guess what, wonderful memories last forever no matter what happens

.... and btw - we made our own great memories when we were all together in Victoria last year in Dec

Murray, forgive me for being clueless but what does that mean?

EDIT AGAIN: Don't worry, I just got it

It's one of those phrases that resonates in some corner of the heart. And I don't think it serves us well to explain it or to analyze it or to interpret it. It sounded right to me. There are certain truths that are in a dormant stage that you can't always locate or be nourished by. But they're there.

But actually just expressing a hope that Andrew might organise something in his new location.
Top

That was a tender tribute you gave to your Toowoomba Cohen Event, Andrew. For me, traveling so far was just out of the question.
I enjoyed looking at the photos and reading the reports, and it was at least good as long as it lasted... 20 years for a singular event in one place is remarkable!
And maybe you actually will start another one in Melbourne. Or just attend the others elsewhere.
"Be yourself. Everyone else is already taken."
~ Oscar Wilde
Top

Andrew, vale Toowoomba from me too. I think it says a lot for what you achieved that it continued after you migrated south! I will not forget the 2007 event, Henning was so ... Henning and Anne soldiered on despite having a dreadful cold yet still sounded wonderful (bought her cd).

Like Bev, I will also not forget the good times we have shared since. You were instrumental in organising our more recent Victorian meet ups and, like Murray (oh how I envy his clever LC quote and way with Latin) I hope we have more excuses to do so in the future.

So you're back?
Top

Murray, it's a thought I have entertained and explored in a half-hearted way.

Bev & Lizzytysh, thank you for your kind comments.

Blonde madonna, thank you too for those appreciative comments & yes, I am back in town and it would be nice to catch up with you and JIm again sometime soon!

The prospect of meeting up for a Leonard related occasion is also nice to keep in mind.