Ask and answer questions about Leonard Cohen, his work, this forum and the websites!
Post Reply
10 posts • Page 1 of 1

A lady friend of mine has just pointed out that Amen spelt backwards is Nema!
Top

Yeah... But it is not NEeMA, isn't it?:)
Leonard Cohen Newswire / bookoflonging.com (retired) / leonardcohencroatia.com (retired)
Top

Everybody (here) knows what's the point in this thread or is it only me not knowing? 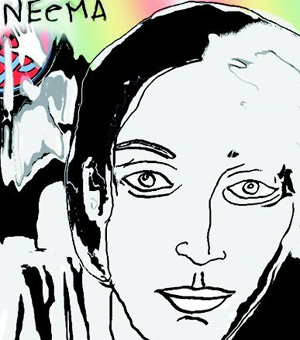 That tells a lot.
Top

We're only talking about the upper case part of NEeMA's name (and name is of course an anagram of amen)!

The Talmud teaches that "Amen" is an acronym for a Hebrew name of God, "El Melekh Ne'eman", which means "the faithful King"; (Melekh means King, & ne'eman means faithful).
Top

Thanks, Holydove! It's interesting to hear Hebrew meanings for these words. I had previously only known Amen to mean "So be it", as at the end of a prayer.

Since there is a strong musical similarity between "I'm Your Man" and "Amen" Leonard seems to be using wordplay with (Your) Man/(A)men. Interestingly the only other song to my knowledge where this has occurred is "I Am the Lord" by Felicity Buirski on her very Cohenesque album "Repairs and Alterations" (1988). The album has an acknowledgement to Leonard on the cover, and was apparently an album that he favoured. The song "I Am the Lord" is about God splitting into two to become Lover/Beloved. The closing words were originally going to be something like "Ah ha...Ah ha...Ah..Man! However Felicity suddenly realised that what she was really trying to say was "Amen", and made this the final word, instead.