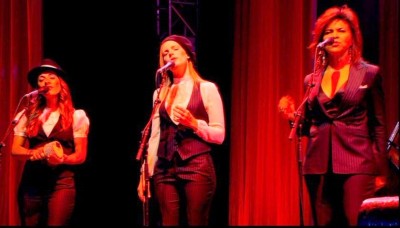 Screenshot: "Songs From The Road"

Las Vegas, Concert 1, Friday, Dec 10
At the end of Tower Of Song, with the background of the familiar "Do dum dum dum do dum dum dum...", LC paid a moving tribute to Sharon Robinson, Hatty & Charly Webb, his back up singers.


Don't stop
Oh, sweet sounds
reach at me now
Sharon...Hattie...Charly
Have I told you how much I appreciate your back up singing
that you've given me these past years
It has meant a great deal to me
It has sweetened my voice
and made it acceptable to me
Thank you so much

Tribute cued to start at 5.40
http://www.youtube.com/watch?v=hRGUkzBqbZ8#t=5m40s 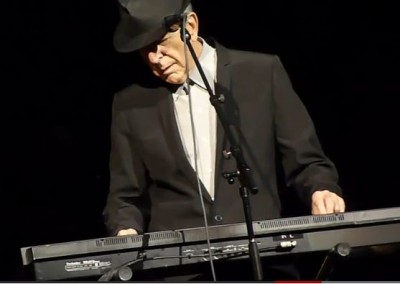 After enthusiastic audience cheers and applause for his one handed solo in Tower Of Song, LC responded first with his usual gracious...

You are so very kind

Then he added something I had never heard him say at any of the other World Tour concerts I had attended or in any of the World Tour videos I had watched on YouTube.

What he said next was very touching, especially so, because the almost three year long World Tour was about to conclude following night...

You know how to spoil an old man