On Page 2, your photos of Leonard are so beautiful. Thank you for them and for the ones of the venue to give us a sense of it all and for your wonderful reporting of the concert. 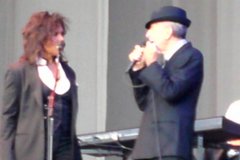 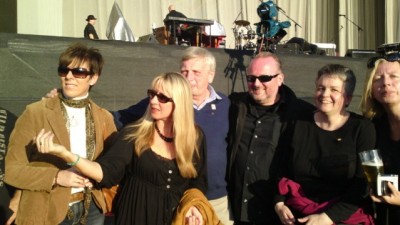 and with a serious look said “Was that supposed to make me feel better?”

Thinking about it I also would say it was "bad".
Top

PeGu wrote:I was sure, at the time, he said "bad". There was a pause before this remark, and his smile became a kind of broad grin maybe indicating he wanted to take the mock-irony of his thanks for the virtuosity of his keyboard solo even further.

Yes, you might well be right. Maybe he said "bad". I just thought in the context it would make more sense if it was "better". Because he played the solo, got the usual applause, then said his "thank you friends, you're very kind". And then, after he got even more whistling and applause by the audience he made the "Was that supposed to make me feel [better/bad]" remark. I would've thought that the applause was obviously not something to make him feel "bad".

But as Puddingdale said: It doesn't really matter since it was just good fun.

Arrghh - I can't see youtube videos here at work!! I wanna see the Marianne video!! I sure hope they also captured Roscoe when he sang Marianne to the kneeling and smiling Leonard *gggg* ...

Thank you, Lizzy for the compliments. I'll see if I can upload a few more.
Top

...setting up the merchandising stall before the concert.... 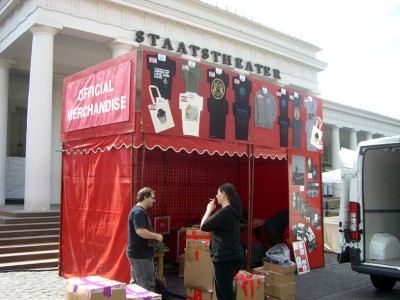 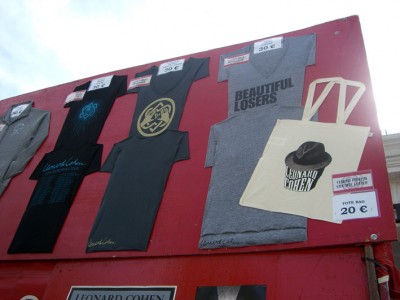 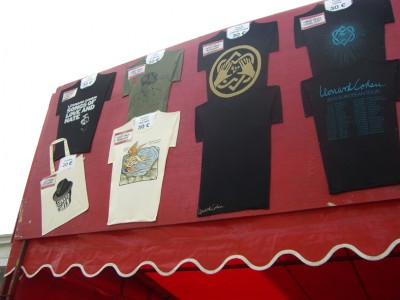 Great reports everybody... and fireworks too Wow!

...i watched this guy slowly putting numbers on the seats.... 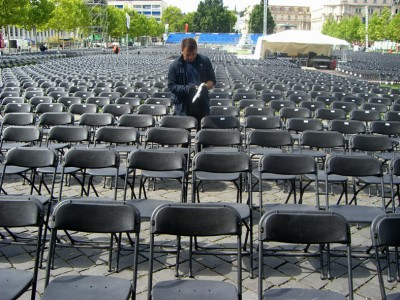 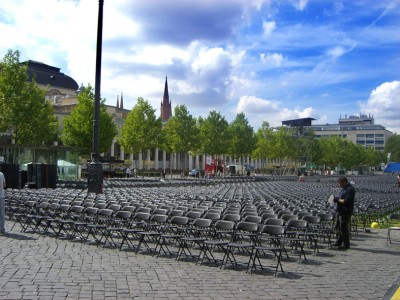 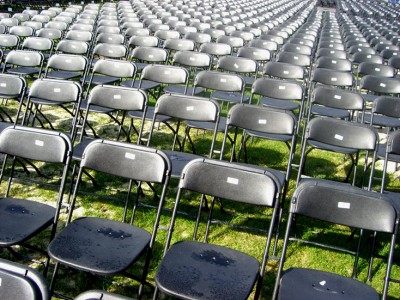 sturgess66 wrote:Uploaded by "maryloo26" - Thanks!

sturgess66 wrote:Uploaded by "maryloo26" - Thanks!

"Come over to the window my little darling, I see you've..." The look on Leonard's face is priceless! I had a good chuckle watching this. Leonard certainly semed to be enjoying himself!.

Mary - I wonder what he saw that made him stop in mid-sentence like that ... ???

The next thing we hear - he's telling her "so long!"
Top

Aw, this was so great. Thrilled someone captured it
Top

A couple more videos from "marylou26" -

sturgess66 wrote:Mary - I wonder what he saw that made him stop in mid-sentence like that ... ???

Hmmm, probably just because he had started the sentence wrong and realized he had mixed up stanzas

What was really cool was that he didn't struggle to find the right words again but instead was so very relaxed, listened to the others and just took his time till the chorus. He must really have felt among "friends". And of course, he was

Sorry, sturgess, I hadn't seen you had already posted the link to So Long Marianne by maryloo...
Top

Leonard Cohen is back on tour - what a luck. Because: What other man of that age could be so sing about love and longing without being embarrassed?

What a blessing: Leonard Cohen is back on tour.

I do not, "Leonard Cohen said after the second song," when will we stop by here again. But tonight we will give everything. "All these are in Wiesbaden more than three hours of concert, net. It is so remarkable because Cohen, 21 September is 76 years old. 2008 in Frankfurt, he said soberly that he had to tour for financial reasons. That may still be so, he no longer mentioned. But it is still an audience for his good fortune to hear the old man live. His voice is a little deeper, his modesty and courtesy are a little bigger, not his gentle self-mockery has decreased. What other man of that age could be so sing about love and longing without being embarrassed.

"I'm your man," sings Cohen, pulls off the black hat and change the text: "I'll wear an old man's mask for you." He wears this mask with elegance, with a certain nonchalance. The young Cohen comes this evening at the Wiesbaden Bowling Green yet to speak with "So Long, Marianne" and "Chelsea Hotel # 2" with "Suzanne" and "Famous Blue Raincoat", which he signed: "Sincerely, L . Cohen. You can hear the songs differently, of course, they have become memories. They are heard with sadness. But nostalgia is only part of the evening. Cohen has written new songs, "The Darkness", "Born in Chains" and "Feels so good". The latter tells of the tiny pleasures of solitude, but also contains the line: "I got the same old broken heart, but it feels like it belongs to someone else." The new songs have the Cohen-Cohen melancholy and the slow tempo. In the Cohen-detractors have always reviled. In fact, there are often narrative, sung-spoken poems with music they are to the long, quiet river. But the density of the poetic texts, their biblical weight supported by one - similar to Johnny Cash - always becoming charismatic live show voice.

Cohen travels with a lively, brilliant solos with breathtaking precision band. Several times he thanked tenderly by Roscoe Beck, bass, Neil Larsen, keyboard, Bob Metzger, guitar, Javier Mas, sounds, Rafael Gayol, percussion, Dino Soldo, saxophone, the singers Sharon Robinson and Charley and Hattie Webb. Under the harsh September sky, you wish you may drop by Leonard Cohen again. This man will know when it's time to stop. Now this time is not there yet. And the little old man is right: As prevalent in so many parts of the world chaos and suffering, it is a wonderful privilege to give a concert, listen to a concert.

Like fine wine - with 76 enchanting Leonard Cohen his audience at the Bowling Green in Wiesbaden. 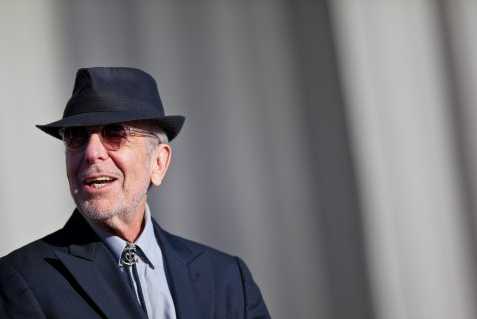 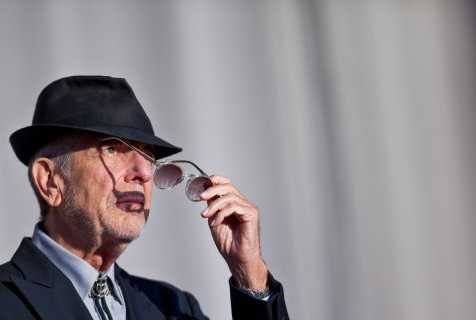