Arrgh, once again this release is delayed. Why cant them guys do anything right? I should have been released september 7th

I bought it from Amazon as it's rarely available outside US.
Leonard Cohen Newswire / bookoflonging.com (retired) / leonardcohencroatia.com (retired)
Top

Peter, it seems you were right, The Essential Leonard Cohen 3.0 is only now being distributed in the European countries! I just found it as NEW RELEASE in couple of shops in Zagreb, Croatia, beside Live in London.

Ps. The Collection (red boxset from 2008) is also widely available in the music stores, and it was all the time (in both Poland and Croatia), although Jarkko got notice that it was discontinued in December 2008.
Leonard Cohen Newswire / bookoflonging.com (retired) / leonardcohencroatia.com (retired)
Top

Hi Tom
I got the Essential today. Somehow I did expect that there would be additional material on a vol.3.0 But its just the same numbers as the other essential. But the box is nice tin though.

The Essential has again been re-released, this time the original 2-CD set, but in metal box. The copyright says Sony, 2009. 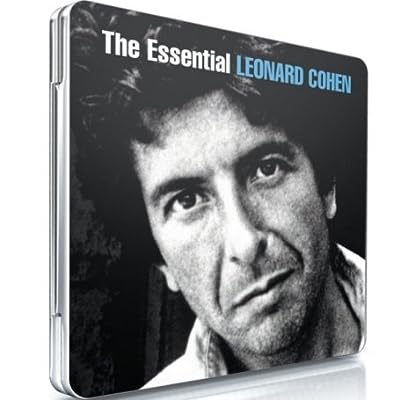 It's one of many Cohen CDs now widely available in Croatia due to the forthcoming show.

Other CDs include new re-releases of first three CD remastered, with bonus tracks - but in the classic plastic boxes. So far we had only digipaks. Also, previously very rare Various Positions is widely available, and EVERY Cohen CD, including regular nice pirce editions, all possible French boxes (2CDs for the price of one), even So Long Marianne...
Leonard Cohen Newswire / bookoflonging.com (retired) / leonardcohencroatia.com (retired)
Top
Post Reply
6 posts • Page 1 of 1