The town of Barakaldo, Biscay, will be hosting one of the most important concerts of the season. 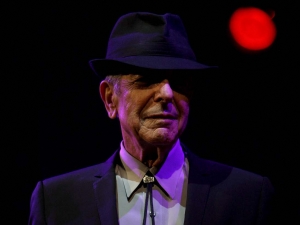 Bilbao's BEC was chosen by Leonard Cohen as one of the venues for the Canadian's current European tour.

The singer, poet, and songwriter represents the quintessential marriage of extraordinary artistry and sharp, poignant intellect. Cohen is equally an outstanding poet and novelist compared to the likes of James Joyce or Henry Miller. It was not until 1967, when Cohen was well into his thirties, that he released his debut album, The Songs of Leonard Cohen; by this time he was an internationally celebrated writer, and so it is that same literary base which elevates Cohen's musical work to the heights of genius.

His work, concerning novels, poems, or songs, often deals with the exploration of religion, isolation, sexuality and complex interpersonal relationships.

The premises will be converted into a kind of theatre for the gig's date on September 17th at 9.30 pm. There are still tickets available on http://www.ticktackticket.com, http://www.ticketmaster.es or 902 15 00 25 phone number. The gig has been organised by Basque promoter Get In.

Nobody from the Forum went to this show? We need somebody to confirm the setlist at least...

I wish I had been there.*

Dance Me to the End Of Love
http://www.youtube.com/watch?v=4qVBxW5PGbk

I couldn't find it. That's because itinerary says VIZKAYA as the name of town so I was writing down it in "search". It's an arena, the city was Bilbao? Or Barakaldo? Is it Vizkaya or Bizkaia, the name of the province? (in Castellano or Basque language?)...

The arena is also Bizkaia Arena, not Vizkaya: http://en.wikipedia.org/wiki/Bizkaia_Arena According to Wikipedia, it's located in Barakaldo, which is part of Bilbao metropolitan area.

So I changed the name of the topic into "Bizkaia Arena, Barakaldo".
Leonard Cohen Newswire / bookoflonging.com (retired) / leonardcohencroatia.com (retired)
Top

Tom and all:
I was there. Deeply moved, after all those long years waiting to see Leonard live. Couldn't believe it.
The venue took place at the BEC (Bilbao Exhibition Centre). The BEC, after almost 40 years, has been recently moved from Bilbao to a nearby town called Barakaldo, but it's still called Bilbao Exhibition Center. Bizkaia Arena is the official name of the hall, but nobody calls it by its name

. And both Bilbao and Barakaldo belong to the province of Bizkaia/Vizcaya. It's a bit confusing, I hope you could find more info now.
And yessss!!! the concert was awesome

. Leonard jumping and moving and kneeling down all across the stage. And his voice: deeper than ever and surprisingly "young". The band was excellent (Javier Mas, a crack!), and so was the sound from the very first minute.
We were lucky enough to get three long encores, with the whole hall standing up, waving, clapping, singing along, dancing and shouting out loud to Leonard "We love you!" "Thank you" and "¡Guapo, guapo, guapo!" ("Handsome", quite surprising, isn't it?

Your photos are absolutely AMAZING! Thanks so much for sharing them with us!
Top

Thank you, Lumi2414 for your kind comments on my photos. Glad you enjoyed them.

And, copied below, two reviews on the Bilbao's gig (in spanish, you can translate them on Google Translator just copy-pasting the url)

More video from this show - by EiTB.com. I think that is a media site in Spain?

EiTB is the Basque public TV and radio broadcaster.

In the 80's they broadcasted the LC show in San Sebastian with subtitles. I knew and liked Cohen's music by then, but was overwhelmed by the beauty and depth of the lyrics. (My Engish was'nt great then...)

I recorded it in a Beta video tape, which must be rotten by now. Pity I don't have a copy now... At least it served a function.

I correct: the San sebastian show, (1988) was broadcasted by TVE (Spanish public broadcaster).