The seat I had was excellent, row H, so only 8 rows from the stage and quite central too..perfect in fact......the show started promptly at 8pm, with Len SKIPPING onto the carpeted stage !!!!......Leonard is 74 now, but still looks good in his double breasted suit and fedora. The last time I saw him was in 1974 when he was 40 and I was 27.........so a lot of events now imortalised in words since then. He went through nearly all his greatest works, Suzanne, Bird on the Wire, So long Marianne, That’s no way to say goodbye, etc etc.. I loved the whole set to which I knew most of the words, and sat singing along to them in my own world. His voice has not altered, still wayyyy down there, but with more sincerity than I recall in '74.He spends a lot of time on his knees breathing into the hand help microphone. Occasionally he would pick up a guitar and gently strum chords. The band was awesome...three female singers one of whom has been with him since 1979.....the other two are English girlswho are sisters and at one point they did a cartwheel on Leonard’s vocal delivery of "......and white girls dancing" from The Future !!!!.......whatever next...acrobatics on a Leonard Cohen gig !!!!!

Leonard is so sincere and incredibly humble, it was really touching to see him remove his hat after every number to accept the applause with his head lowly bowed...a posture he would hold for quite a few seconds...slightly longer than you would expect. He would also turn to the others who had been prominent in the number with a solo or vocal solo or backing vocal and acknowledged their contribution with another lengthy bow. The lighting was simple and only changed as the keyboards, guitar or saxophone took their solo's...they did get dry ice into the show on "Democracy is coming to the USA", which in the light of the recent elections, makes Leonard into a prophet as he wrote it in 1992 ish.......took a while Leonard but it came as you said it would !!!!

He did a total of 4 encores, which have gone as planned throughout the whole tour, but he skipped on and off for each one. The killer one for me was when he recited the opening lines to "If it be Your Will"


Well for sure that had the tears rolling down my cheeks...the two sisters then took up the melody accompanied by one of the girls with a harp slung around her waist, while Leonard stepped back out of the light removed his hat and stood with his head bowed and his hand over his heart; killer moment.

What a night, it felt like I was watching a man who would, in years yet to come, be rated alongside the likes of Byron, Shelley and Oscar Wilde, as those who have understood what motivates man and is able to express it in the finest use of the English Language. I was so honored to have been there, as Leonard also acknowledge was his feeling about us.

I really did "...Stand before the Lord of song" David Worthington; Liverpool
Top

You must have met me then!

Hello all - I don't post often but I wanted to add a late gush on the Cardiff concert because my head and heart have been full of it ever since! A really memorable evening as Leonard said after the nth encore - and as far as I remember he got a standing ovation even before he sang a note! Just wonderful the whole thing. The warmth and affection was palpable from the whole arena - I really hope he felt it . Was there ever an artist so humble and self effacing and yet with such an ability to move people in the most profound way? The combination of his beautiful use of language and music, his eloquence and subtlety just make me grateful to be alive and conscious!! I loved him at 15 and I love him at 50. Bless you bless you bless you Leonard blessings on your head.
Top

Yes, he did feel the warmth and affection from the crowd in Cardiff. I spoke to Hatty Webb the next mornng at breakfast and she made a point of saying that they could all feel the love from us all. It was a phenomenal night.
Top

glasgowgirl wrote:Yes, he did feel the warmth and affection from the crowd in Cardiff. I spoke to Hatty Webb the next mornng at breakfast and she made a point of saying that they could all feel the love from us all. It was a phenomenal night.

How did you get to have breakfast with Hatty?
Top

I have had 5 days to think about last Saturday in Cardiff. It was my first time to see Leonard live and I hope it won't be the last. A phenomenal concert by a great person and a tremendous band. Of course there will be songs that some of us miss but always "leave people wanting more". We were sitting in the best seats I have ever had for any concert and that made it better still. I was worried about his voice as it seemed "not right" on "Dear Heather" but his vocal performance was superb. Highlights were "the Partisan", Democracy and some lovely new words in "Bird on the wire". I will always remember this, best concert I have been to.
Top

And how on earth did I miss YOU???

I've been to many concerts over the last few years - this was amazing. Everything I hoped it would be and more. I couldn't fault anything - hats off to the production team - it was trully inspirational.
Top

It has taken me a while to post this and I nearly didn't. I don't want to pour rain on anyone's party but I felt that the experience of seeing Leonard in Cardiff was inferior to that of seeing him at the Manchester Opera House in July.
For one I could only watch the screens as the people in front of me were all bobbing from side to side but not in unison, secondly the atmosphere was ruined by people continuously getting up and going to the bar, cant they go with out a refill for such a short time and thirdly by the incessant flashing of cameras in the rows near the front. Perhaps I am old and jaded but I have adored Leonard for 40 years and wanted to hear him and see him without interruption. Having said that the concert was worth it to be there as he sang Famous Blue Raincoat and The Partisan.
Monica
Top

And how on earth did I miss YOU???

Dunno, I was the one wearing a hat just like Leonard's...

Apologies for being so very late in posting my thoughts and impressions of Cardiff. I haven't been online very much since then.

Again it was a wonderful and magical evening. We had seats in row F, so only 6 rows and some floor between me and the great man. Luckily the two couples who sat in the 4 seats just in front of us leant in towards their partner leaving a lovely gap for me to get a clear view of the stage. The show was just as awesome as my previous two outings with Leonard this year (18th June - Manchester and O2 - July). And he sang 'The Partisan', the one song I'd hoped he would do. I clapped when I realised what he was singing, to my husband's embarassment, as I was the only one where we were sitting that did so.

I cried again...this time it was during 'So Long Marianne', as I thought 'Is this so long Leonard for me, will I ever see him again'. Having been a fan for 30+ years and never seeing him until this year.

My one niggle is that I felt that the CIA lacked atmosphere, it seemed a bit of a barn. That's strange because I did not get this same feeling when I saw him at the O2 Arena.
Top

I loved Cardiff. I haven't posted before because the truth is everything I have to say has been said before. However here are my impressions for what they are worth. I was surrounded by real fans, you could literally cut the love with a knife if you were so inclined, and it went both ways, Leonard and the band were so giving towards the audience. It was great to be there with Christine, her first time, and although I am not a religious person, it had this spiritual element, maybe it was the heightened emotions and the the good will flowing all around.

It was fantastic to meet so many great people on the night: Jim, Pat, Gregor and Sheila, there were others but it was a bit of a blur. Although I can't forget Helen and her t-shirt strip-tease.

Sunday lunch with more lovely people just topped off a magic weekend. I do hope to see some or all of you again some day.

I feel so blessed, it's the best word to descibe it.

Thanks for coming so far, BM. I trust you have happy memories of all that wind in your hair. I finally realised who it was that that guy Helen swapped t-shirts with reminded me of: Willie Rushton! Thank heaven that is settled. It was keeping me awake at night.

Oh no Diane this is not settled just because you say it is. I say he looked more like Kris Kristofferson. 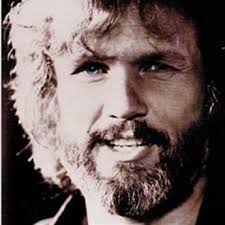 And I was right about William Shatner if you recall (although there is no connection, I'm just boasting).
the art of longing’s over and it’s never coming back