by Padma
Maybe one of our more "techie" members could post a map to Janet's Bar (Ken or Tim, please?)

Suemerlyn wrote:It might be nice to get a rough idea of who thinks they may be coming to Janet's bar after Lenny on Monday 17th/Tuesday 18th...I count about four of us so far on Monday. Anyone else like to join us?? Post or PM!

Hi Suemerlyn,
Caren und I will join you all in Janet's bar after Lenny on Tuesday 18th!

by John Etherington
For anyone who wants to meet at a pub close to the Albert Hall on Monday, and hasn't got time to go to The Troubadour, this one is a favourite:

At present, Monday is said to be a very wet day, so it may just be a case of heading straight for the Albert Hall! 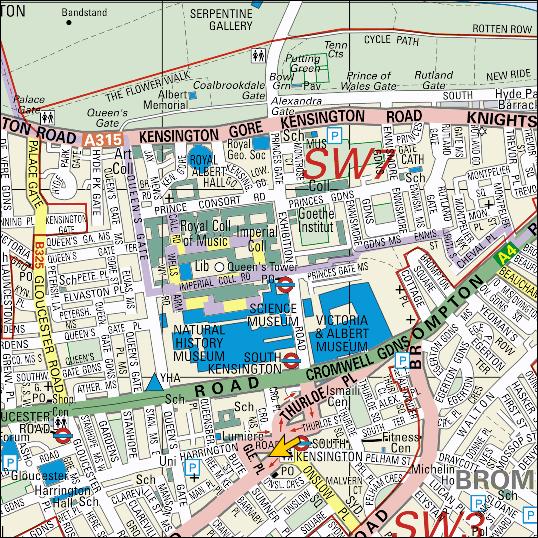 This map should show the route to S Ken tube and Janet's Bar.

By the time we come out of the RAH the tube entrances by the Museums will be closed.

by Suemerlyn
Thanks for the map, Kanga, and see you all (inc Hans-Juergen and Caren, and also hopefully Jarkko and Eija) at the Troubadour - where singing and dancing acts will be welcome - and/or Janet's afterwards...
And in between these delights, we have the best delight of all...Hallelujah!!

by Deena
Hi there,
I'd really like to meet up with people at Janet's after tonight and will try my best to get there. I've never met any of you before, but will just look out for the enraptured faces in Janet's Bar.
Thanks to all those who organised the meet-up, and have a gorgeous evening (how could you not?)
Personally, I can barely contain my excitement and anticipation and there are hours to go...
Deena

by howthelightgetsin
A thank you to Padma for arranging the Troubadour meet ups. It was lovely to meet some of you yesterday there, especially Judy, Helen, Sheila, Mia, Laura and Sue who sat on the same table

by Caren
Thank you Padma for arranging the meet ups. It was great meeting all you lovely people on Tuesday: Meriel and Colin, Maarten, Habie and Henning, Alan, Jonathan and your well read friend and the nice people from Ireland at the table next to ours. I am looking forward to seeing you all again one day.

As promised I put up some pictures from the night. You will find them here

All the best, Caren

by Habie
Thanks for the photos, Caren! They're great. I hope you and Hans got home safely, and I hope to see you again sometime soon. It was a nice meet-up and really made the concert more enjoyable for me, to have met you all beforehand. Best to you both and all the Troubadours, Habie x

I would join Habie in thanking you for uploading the the photos. It was nice to meet everybody on both Monday and Tuesday at both the Troubador and later at Janet's Bar. The faces become increasingly familiar from concert to concert. By now it's dawned upon me that I'm not the only child LC obsessive I had always thought I was, that there are many of us.

On Tuesday only a handful of people attended Janet's Bar after the concert though Alan and I did bump into a new face, Joe who by chance stopped us to ask us directions to the Bar. Like a young Mick Jones on amphetamines.
All times are UTC+03:00
Page 6 of 6