Our national broadcaster, ABC (Australian Broadcasting Corporation), as part of its evening TV news segment has a Finance Report by Alan Kohler. Alan makes these reports more interesting than the subject matter might suggest, with a quirky witty approach, and of late he’s been featuring a book-stack prominently visible on his desk.

Tonight I was very happy to see that it was Leonard related, with two of Leonard’s books, ‘The Flame’ and ‘Book of Longing’, along with ‘So Long Marianne - A Love Story’ by Kari Hesthamar.

However, this was not particularly surprising for me, as I was aware for some years that Alan is a Leonard Cohen fan, having heard him interviewed on ABC and choose ‘Famous Blue Raincoat’ as one of the songs for the show, I seem to recall adding it was one of the best songs ever written. 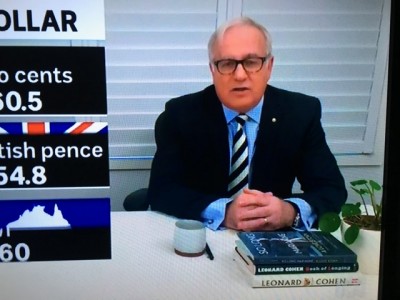 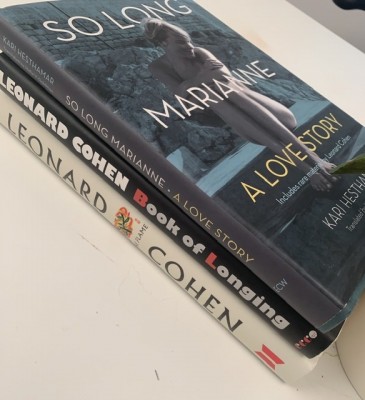 Hi Andrew,
Ha! I'm not prone to watching financial reports but I do watch the ABC - actually I prefer SBS

Leonard has a way of making an appearance where you least expect him so I'm not surprised to see that!
And Everybody Knows it has been proved (by me) that men have a preference for the song Famous Blue Raincoat