by jarkko
We all know that Leonard was born on September 21, 1934.
Thursday September 21, 2017 will be the first birthday without the Master.

This is our birthday thread for your thoughts, feelings, memories...

by LC&LC
missing him a lot, but keeping in my heart the souvenirs of the grand tour
i couldn't listen to his music for weeks after the news broke; but now, I'm back under the spell, forever bewitched

by Tony
Thanks to the human heart by which we live,
Thanks to its tenderness, it's joys and fears,
To me the meanest flower that blows can give
Thoughts that do often lie too deep for tears.

by juneC
This time last year I was very mindful of Leonard’s impending birthday and hoping so much that he would receive/read the birthday greeting/letter I had posted to him back in August care of Robert Kory.

I will never know if he did receive it but I will choose to believe he did. How I wish my thoughts this year were also concerned with whether he would get to see my very imperfect offering, instead of still mourning his passing. I never met Leonard, never even managed to see him in concert but having fallen in love with Leonard the feelings don’t change. I deeply miss him being in this world as do thousands of others I know. My thoughts, as the date of Leonard’s birth draws near and what should have been his 83rd birthday are most especially with his precious family - Adam, Lorca, Cassius, Viva Katherine and Lyon.

by WiTS
Master says, 'I intend to stick around until I'm 120.'
Master also says, 'Some guys you just can't trust.'
then I remember that Master sings, 'I wish there was a treaty we could sign.'

I became a fan in 1996 and then started a Chinese fan site around 2002. I've been running the current site for 9 years. Thank you for these wonderful years, Mr. Cohen. Miss you so much.

by oblivion
.......just in this very moment i thought :
no birthday thread this year, so sad
not to know him among us anymore,
but his presence is strong as ever and will always be.
the meaning of his lyrics are changing since he has gone
sometimes more bittersweet...
a day without your words and music would be a lost day for me ;
thank you Jarkko for opening this page and keeping him alive.

by HugoD
How we wished you were still here to celebrate yet another birthday. It was not to happen. A man’s live is not measured by the years he lived but by the memory he leaves behind . Let us celebrate all the music, poetry and fond memories that you gave us.

by Geoffrey
thinking of leonard most of the time, but even more so right now. i can't address this to him personally, because there's no way he could read it, and regretfully, i am not psychologically weak enough to need to fool myself. "may everyone live, and may everyone die, hello my love, and my love - goodbye." 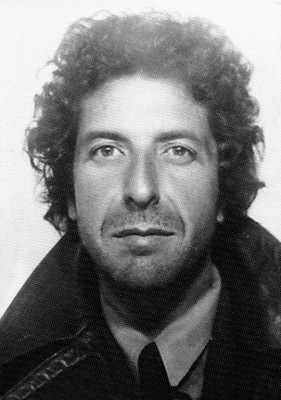 by UrPal
A premature but belated birthday greeting to the Muhammad Ali of song. How curious that two of North America's golden boys - one black, the other jewish - fell so close together....One poetry in motion, the other motion in poetry. Can't help remembering you with that wicked smile on your face. As I've said in previous years, and maybe this year it means more than most, thanks for stopping by......It had always been reassuring to have you around living in my present turning out the goods .....This perhaps is one of those instances in which absence doesn't make the heart grow fonder - though it isn't diminished either. Still holding your smile...and remembering you through the indelible imprint of your songs and their continuing resonance with each passing day experienced in this carnival of the absurd and wonderful that is life. Happy birthday Leonard, and many happy returns to you through your songs.

by holydove
I am struck by the fact that this year, Leonard's birthday falls on the first day of Rosh Hashanah - the jewish "head of the year" (it's a different day every year, because it's based on a lunar calendar, & it consists of 2 days). As everyone knows, the song "Who By Fire" is based on a prayer said on Rosh Hashanah, called the Unatanneh Tokef, & the opening line of this prayer is:

"Let us proclaim the mighty holiness of this day, for it is awe-inspiring..."

Rosh Hashannah commemorates the creation of Adam & Eve, the first human being (they were originally one androgenous person). Kabbalah teaches that Rosh Hashannah, as an aspect of sacred time, is a gateway for a burst of new light & life-force to come into the world.

So, though I endlessly mourn Leonard's passing from this world, I also celebrate the creation of such a beautiful & magnificent human being, & I commemorate the day of his birth as a mighty holy day, & I honor the infinite, powerful light which he brought into the world & which I believe goes on forever & ever; like his nightingale, he is singing somewhere still, & wherever he is, may his universe be filled with eternal goodness & sweetness.

by mutti
I wanted to say some of the things Rachel (holy dove) mentioned about Leonard's birthday being on Rosh Hashonah this year but she said it so well I will leave it. Thank you Leonard for giving us your 'all' at the last concerts and for just being you.
I feel so fortunate to be alive at the same time as Leonard so I could experience the master of words and song in my lifetime. He is missed by so many.
As Leonard said in 2009 for the Jewish New Year "May your life be sweet as apples dipped in honey".
Thank you Jarkko for starting this thread but it is very different this year. I think its a great idea to celebrate Leonard's birthday on this thread every year as difficult as it is.
Leslie

by rae
We just had a special 375th birthday concert here in Montreal, and it included two tributes to Leonard. You can find them one after the other, starting around 23:48, right after Martha's tribute to her mom - also a lovely moment.

I was lucky to be there myself, a warm summer evening on the slope of Mount Royal.

So, happy birthday to you Leonard, as we also celebrate our/your city's birthday.


Dear Leonard,
To you, from me
an image to speak
a thousand words deep - 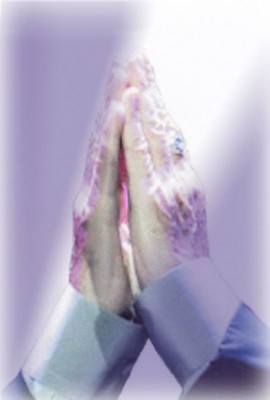 To hold infinity in the palm of your hand ~ William Blake

Light and Love Eternal,
from Bev