I don't understand. Why would they put a photo of Christian Bale on the cover of a book about Leonard Cohen?
Top

Hartmut wrote:I don't understand. Why would they put a photo of Christian Bale on the cover of a book about Leonard Cohen?

"Although he usually appears as a clean-shaven mortal, our research team recently uncovered evidence that Leonard Cohen has experienced the dynamic moustached lifestyle". 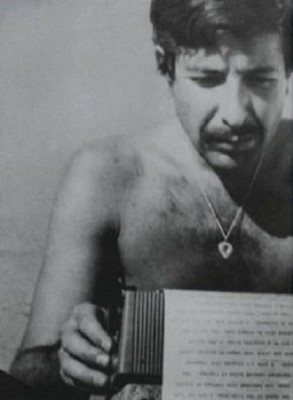 Thank you for the response, I'm your fan. - But why do you now post a photo of Leonard Nimoy? This doesn't clarify things ...
Top Alberto Manzano has written several books about Leonard
(You can find the titles at www.leonardcohenfiles.com/bookind.html)


"Leonard was a gentleman from the old school. But we were both old-fashioned. My grandmother, with whom I was raised during the war, told me: 'You will meet a man who speaks with a golden tongue.' When I met Leonard, I knew he was right. " (Marianne Ihlen)

On the Greek island of Hydra in the 60s, Leonard Cohen and Marianne Ihlen - the muse of 'So Long, Marianne' - lived an intense love story while the poet created the bulk of his literary work and began to compose his first songs . It was years of continuous travel to Montreal, where Cohen was trying to get the thousand dollars he needed every year to support his family - Marianne and his son Axel - as the island became the Greek Saint Tropez and the international aristocracy launched moorings - Aristotle Onassis, Jackie Kennedy, numerous film stars - Brigitte Bardot, Sophia Loren, and the expatriate circle in Hydra lived their particular sexual revolution and sought soul salvation through Buddhism and drugs. After the recent death of Marianne and Leonard, this is a homage to their love.