Israeli media has extended coverage of Leonard in the past week, as can well be expected.

An article in today's "Yedioth Aharonot" explores a different side of Leonards relationship with Israel - a 70's romance with Rachel Terry, then a model, athlete and flight attendent with El-Al. 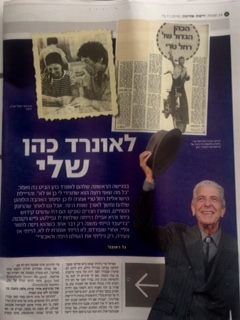 Rachel, now living in LA, tells of the call she received from Robert Kory to let her know the sad news and reveals some details of Leonards last days.

According to Rachel, Robert Kory told her that Leonard fell down in his home in Montreal while recording a new record, that he hit his head and went to lie down to rest, a sleep that he did not wake from. 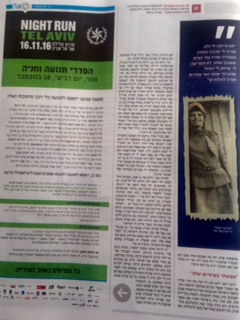 Here is a translation of the captions in the article -

Rachel Terry met Leonard Cohen at a party in Herzelia in 1972. "I looked into his eyes and drowned in them", she tells. It was the beginning of a romance that lasted on and off for several years. Even after the romantic relationship ended, they kept in touch until Cohen's last days. In a special interview with "Yedioth Aharonot" Terry tells of their friendship: "A month ago, after Leonard told the media that he is ready to die, I called him, concerned, and he calmed me: "I was just joking with the press, don't you know I'll stay here forever?" All that I would have wanted are a few more moments with him.

During their first meeting, Leonard Cohen looked at her and said, "All I want is for you tell me yes or no". And the Israeli flight attendant Rachel Terry told him yes. Their blistering love story lasted throughout the 70's. They remained good friends even after the romance was over: They would do "Kidush" together and she would even send him gefilte-fish and kobahna, "In hindsight I would have changed just one thing. When he tried to get back to me, after we parted, I would not have told him no. I was young then, just discovering this beautiful and cruel world"

"I didn't have and will never have a love like him. The fact that he had other women who loved him didn't bother me. I was lucky to have known him and I am grateful to god"