by James T
Leonard's first 3 albums are getting new reissues via Sony Music CMG in April this year. All 3 are available for pre-order on Amazon, prices £16.99.

I only have the original pressings and haven't gone for any reissues so far apart from Live Songs which was on Sundazed I believe? That sounded superb.

I'm interested to see if there are newly mastered from the original tapes, or just another reissue as we have already seen recently. 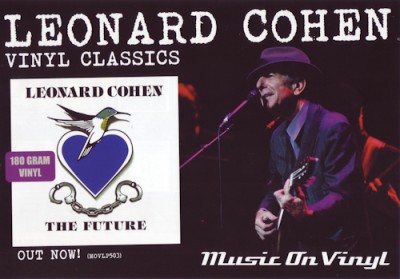 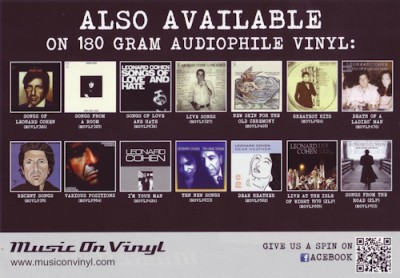 by James T
Have MOV released these again or are these the ones that have been around for a few years? I did actually get the Various Positions pressing and love it, also The Future although for me I don't think that LP benefits hugely from vinyl format (though, of course, is amazing).

by drsing
The MOV (a Dutch company