Isle of Wight 1970 photo of Leonard

Isle of Wight 1970 photo of Leonard

In pictures: Isle of Wight 1970 photos and memories

Rarely seen photos from the iconic 1970 Isle of Wight festival have gone on display at a museum on the island. An estimated 600,000 people gathered to watch acts such as Leonard Cohen, Jimi Hendrix, The Doors, Miles Davis and Joni Mitchell. Photographer Charles Everest, a former BBC cameraman, kept the images under wraps for 40 years as they were "initially intended for my family as a personal record".


Everest captured 35-year-old Leonard Cohen on stage. He had been woken up at 2am from a nap in his trailer and brought on stage, along with his band, to perform. The exhibition is on at the Dimbola Museum & Galleries in Freshwater Bay. 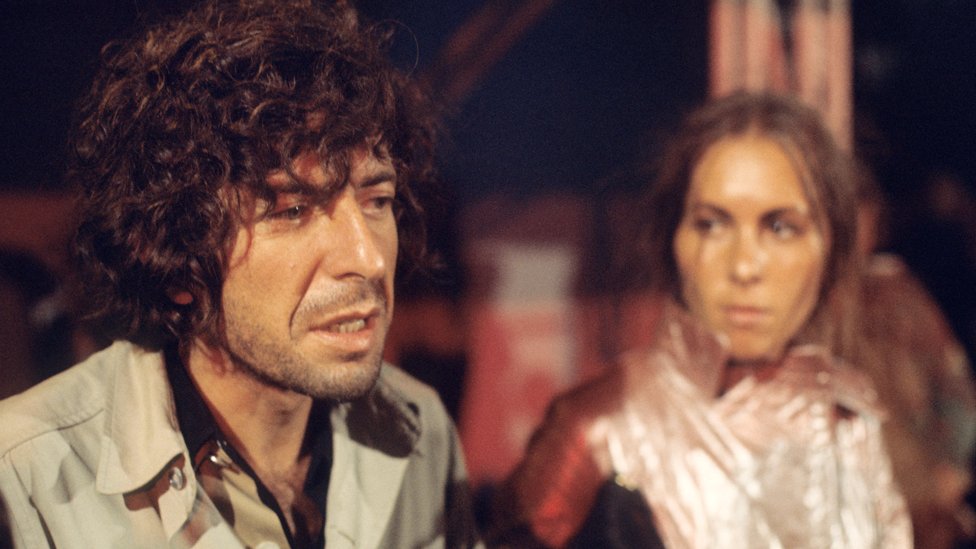 http://www.bbc.co.uk/news/uk-england-hampshire-24413373
We are so small between the stars, so large against the sky
Top

What a fantastic photo!! Thanks for posting, sirius.
Top

There Is a War, there was an Army.
Top

Little did we know then, holding those matches alight for him, that we would still be star struck by this man some 40 years later.
Somebody must have died for you
A Thousand Kisses Deep

He looks tired and maybe wine'd a bit... and what a great photo!

Would love to see all of the rest of these photos... so glad that Charles Everest decided to share them with more than just his family. LOVE the one of Joan Baez, too.
"Be yourself. Everyone else is already taken."
~ Oscar Wilde
Top

If you've read anything about that time Lizzy (or had been there), you'd realise that Leonard is stoned in this photo. As he was throughout the 1970's.

Not wine'd (sic) as you so innocently put it.

Actually, he did drink wine in those days, as well, but glad you agree on its being a great photo. However, being awoken from sleep at 2 AM or from being passed out at 2 AM, he could have been tired, as well.
"Be yourself. Everyone else is already taken."
~ Oscar Wilde
Top

No disagreement from me that some crushed grapes have been inbibed Lizzie. Just making the point that his pupils ( and recorded history) tell a different story.

A 2am rise is never good for your looks. I'm sure even you'll agree.

I am thinking his apperance is influenced by Mandrax more than wine.

friscogrl wrote:I am thinking his apperance is influenced by Mandrax more than wine.

Yep. Have to agree Friscogrl. A cornucopia of chemical compounds was the norm back then. My point exactly.

Wine was only used to top up the body's need for liquids. And to be polite.

And, actually, Lizzie I was aware he drank wine in those days.

Not too sure about mandies, knowing he should have gone on earlier that might have been an error. His looks take me back to having a few joints and maybe a few beers, or wine along with the dope.

I guess it all started for me sometime around Christmas 1967 and now, goodness me, it's.........2018 and over fifty years later.
No one ever listens to me. I might as well be a Leonard Cohen record.
Neil from The Young Ones
Top

Actually I have read in more places than one that Leonard had taken Mandrax before he went onstage at the Isle of Wight. I don't think I would have just made that up.

friscogrl wrote:Actually I have read in more places than one that Leonard had taken Mandrax before he went onstage at the Isle of Wight. I don't think I would have just made that up.

I 'spose Mandrax is better than what could be found in guitar cases in Israel back when.