MERRY CHRISTMAS TO ALL HERE! Especially to the wonderful mods and Jarkko in particular - I will never be able to thank you enough for the wonderful tickets you helped me to acquire and more importantly the lasting memories those tickets brought.
May you all have an abundance of those memories in 2013!!
Hamilton Place April 1993, O'Keefe Toronto July 1993, Center in the Square Kitchener June 2nd 2008, Hamilton Place June 3rd 2008, Copps Coliseum, Hamilton May 19th 2009, Labatt's London May 24th 2009, ACC Toronto December 4th & 5th 2012, Labatts London Dec 11th 2012 Copps Coliseum Hamilton April 9 2013 Tower of Song, Centre Bell November 6th 2017
Top

Happy Christmas, Happy Holidays & Happy New Year for everyone!
Thanks so much to Jarkko, Eija and all the moderators for their good work in 2012!
- Hans

This year I was fortunate enough to meet members of this forum in Verona for a very special event.
Let's hope 2013 will bring more opportunities for such meetings, in Australia!


“We are so lightly here. It is in love that we are made. In love we disappear.”
Top

Merry Christmas to all of you! I feel like having a wonderful Cohen family ever since the day I landed here. I am a long time fan (end of the sixties, had also posters of Leonard in my room when I was 16… a while ago…lol) . Thank you Jarkko and all the mods for the good work you’re doing. I wish all Cohen friends the very best for 2013 and a lot of mesmerizing concerts to attend and hopefully I will meet some of you along the road…
Mary Emma
Top

Merry Christmas Eija, Jarkko, all the moderators and all my friends cohenites and I wish you all a 2013 full of music, concerts, travelling and must of all friends!
2008 Paris. 2009 Barcelona. 2010 Marseille. 2012 Ghent. Verona. Barcelona. Lisbon. 2013 Antwerpen, Berlin, Pula.
Top

Jarkko, Eija and all our dear LC friends - we wish you peace and much happiness for 2013.
Hugs Padma and Harry
Top

have a peaceful festive season, everybody.

rufus wainwright sings` baby, it's cold outside` on christmas rules

Very happy holiday wishes to all of you wonderful people. And special thanks to jarkko and the moderators for taking so good care of all of us.

Looking forward to seeing you in 2013!

Wishing all a happy new year! Looking forward to a Dublin announcement.

Happy New Year to everyone!
Thank you Jarkko, the moderators and all my fellow forum members for a wonderful past year on the forum 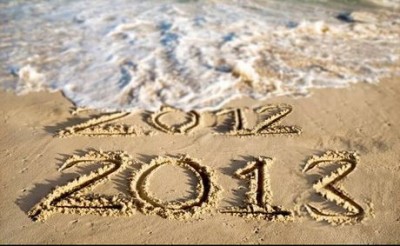 Be always at War with your vices,
at peace with your neighbours,
and let each New Year find you
a better person.
~~Benjamin Franklin
It doesn't have to be perfect, it just has to B4real ~ me
Attitude is a self-fulfilling prophecy ~ me ...... The magic of art is the truth of its lies ~ me ...... Only left-handers are in their right mind!
Top

Happy new year to all my readers and happy birthday to Sir Alex Ferguson, the Leonard Cohen of football.
Misunderstood
Top