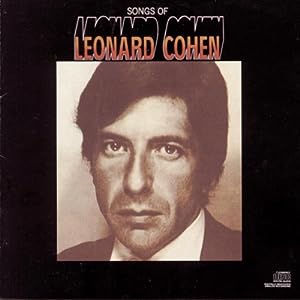 Leonard Cohen had no firm grasp on pop music when he set about making debut album Songs Of Leonard Cohen (1968).

His history was as a poet and novelist, callings that required him to insulate himself against the more fleeting aspects of the counterculture and to gaze intensely at big-picture questions surrounding the human condition. He saw music as a natural vehicle for his poems and had been working towards making it so.

Three of the album's 10 tracks had already been recorded and released by folk artist Judy Collins by the time Cohen fired his opening salvo: Suzanne, Sisters Of Mercy and That's No Way To Say Goodbye. That Collins picked this trio says much about her ear for a powerful song, as they are each among Cohen's dearest-loved works, but it was he who gave them the reading they deserved.

Cohen's delivery can best be described as tidal. Sentences wash in and out, occasionally arriving in an ever-building set of images that explode in a burst of fizzing foam before receding, passion spent.

His tunes are simple, often a back-and-forth conversation between two chords that enables him to occupy opposing views of the same situation. Instrumentation is spare.

If Cohen had been allowed to go with his instinct to accompany his lyrics with only a guitar, little would have been lost. As it happened, he was handed responsibility for mixing the album after producer John Simon reached the end of his tether over disagreements.

Cohen's novice efforts resulted in some charmingly oddball mixes, such as that on So Long, Marianne.

But curiosities aside, this collection of songs about connection, disconnection, fleeting liaisons, lasting repercussions, devotion and repulsion is so expertly detailed the settings leap into the minds eye and characters take solid form.