Yes, but honestly - now I'm not sure if she was talking about Books in general or some specific category (Music?)...
Roman aka Hermitage Prisoner
Top Finally a French translation of Sylvie's book (published in Quebec).
Sylvie has written also an Afterword which will appear for the first time in this edition.

Turkish edition of the biography by Sylvie Simmons Here is the Korean edition, translated by Min Jeong

And in May there will - finally - be a French edition for France: 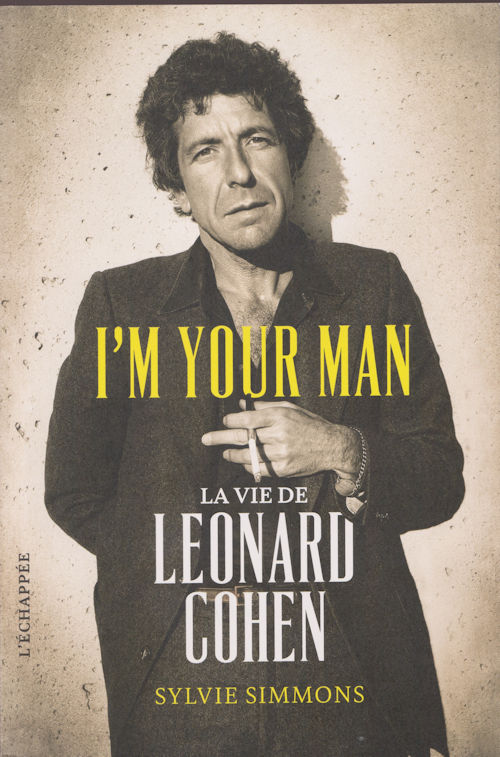 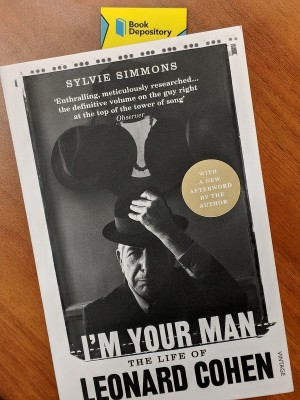 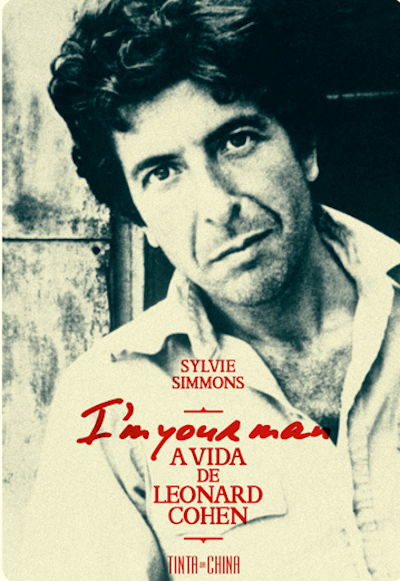 *.com only. It's not on sale at Amazon Canada or UK
Top 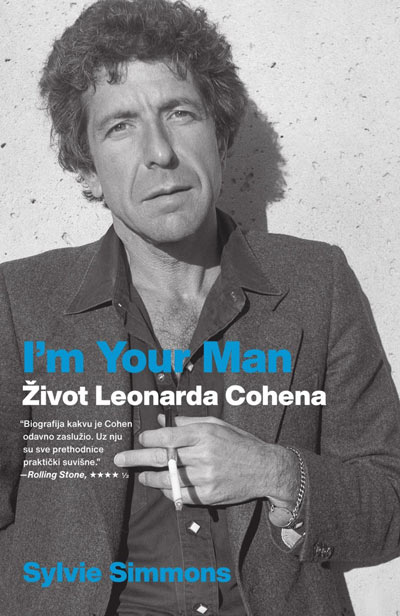 This vacation, I finished a 529 page book on Leonard Cohen (Sylvie Simmons’s “I’m Your Man”), the longest book I’ve read in a long while. I learned a great deal, and my understanding about his journey put much of his work into context. He struggled for much of his adult life to heal his depression, to fill his inner emptiness that would expand and contract, but never disappear. He tried drugs, alcohol, women, relationships, incessant writing, perfectionism, Judaism, Buddhism, Scientology, recording, and performing, but only toward the last his decade (or so) was he able to come to terms with whom he was. From what I’ve read of him (2 biographies and numerous articles and interviews), I’ve come to the conclusion that his central issue was untreated trauma. His father died after a long illness when Leonard was only 9, and his mother Masha, a Russian-Jewish immigrant whom Leonard loved dearly, was emotionally volatile and at one point needed to be hospitalized for depression. Given what her generation had to endure, being the children of pogroms and hundreds of years of anti-Semitism, it’s not surprising she settled in Montreal with issues. Leonard moved into his role as man of the house, despite being the younger of two children (he had a close relationship with his sister Esther). Leonard was a very sensitive child, and remained a gentle, compassionate, and introverted man throughout his life. As such, he was a restless spirit, and in my estimation became a Lamed Vov (a concept detailed in Andre Schwartz-Bart’s “Last of the Just,” which stated that without 36 just men in the world to absorb the pain and suffering of humankind, people would no longer qualify to support God’s plan). Leonard was a prophet who, in word and song, spoke the emotional and sometimes political truth to us all, regardless of whether his work would sell, and served, as a fellow poet once stated, “the Jeremiah of Tin Pan Alley”. When Leonard had completed 1984’s “Various Positions,” an album that contained some of his very best work, including “If It Be Your Will, and “Hallelujah,” he couldn’t get a U.S. release due to the poor sales of his mid to late ‘70s work. Or as Walter Yentnikoff, the Head of Columbia’s MusicDivision put it to him, “Lenny, we know you’re great, but we’re not sure if you’re any good.” Leonard had grave doubts about his life’s journey, sometimes collapsing into paralyzing bouts of self hatred. Happily, he seemed to have come to a resolution toward the end of his life; during those last years when he was compelled to tour because his business manager, Kelly Lynch, stole millions of dollars from him, largely when he was engaged in a multi-year Buddhist retreat at Mount Baldy outside of L.A. Elana, my daughter, and I saw him twice during those years live in concert: in 2009 and again, Easter weekend in 2013. He was absolutely luminous, and those performances, that almost felt like reunions of the faithful, still serve as reminders to us that Leonard has left his unsparing legacy of his painstaking and engaging grapple with the human condition. No other person whom I’ve never had the pleasure of meeting has affected me in this way.

Thank you for being, Leonard, and good night.
"When two people relate to each other authentically and humanly, God is the electricity that surges between them.”

Fred, thank you for taking the time--and I am sure it was considerable--to think through and compose your post

I was going to call it a "book review," but of course it is much much more than that. I am going to print it out and carry a copy with me so the next time someone asks me to explain who Leonard Cohen is, I can save myself a lot of effort and just give him/her what you wrote.

"Reunions of the faithful," what an apt way to describe his performances!

Thanks so much for your kind words! I haven't posted here in many years...it's good to be back.
"When two people relate to each other authentically and humanly, God is the electricity that surges between them.”

Such a comprehensive commentary on Leonard that carried me through so many years and memories. I love the concept of 36 men, and when Leonard died, it felt like "The Last of the Just" is now gone, though I knew nothing of Lamed Vov. I also like how you have tied Leonard's loss of his father so prominently to the path of Leonard's life. I'm glad you read Sylvie's book and came here to share your insights.

~ Lizzie
"Be yourself. Everyone else is already taken."
~ Oscar Wilde
Top
Post Reply
181 posts