Yes, he began many of his songs with a French quatrain. Being somewhat bilingual, I new immediately what the songs were and started to wail in recognition, but I don't think there were too many francophones in the audience as I was pretty much alone in this.

Sounds like the set was similar to Freddietown also. The lighting on the shears definitely part of the mood. My sister and I giggled when the lighting turned to deep red as Leonard launched into "I'm Your Man".
Top

I loved the way the audience responded to this song too. Swooning females LOL sounds like the crowd was as lively in Halifax, might be a Maritime thing? He was applauded when he sang "I was born this way I had not choice I was born with the gift of a golden voice" he laughed when we did that.
We were lucky here there were service bars at the playhouse so it loosened people up a bit more in the second set.
Cheers & DLight
Tri-me (tree-mite) Sheldrön
"Doorhinge rhymes with orange" Leonard Cohen
Top

I saw the concert in Fredericton and it was way better than I ever could have anticipated! I'll spare a review because there have been quite a few great ones posted already. However I will say that I wouldn't have changed the set list, and while it is impossible to pick favourites, the version of "Who By Fire" blew me away. Also Cohen's poetry infused everything - even his opening words to Fred'ton thanking the city for it's hospitality in view of recent problems with the "swollen river". It also impressed me how humble he was, taking his hat off reverently while each musician shone, and bowing with hat off to every ovation from the audience. It seemed that he really enjoyed himself.

About the extra encore in Halifax. When Cohen and band left the stage after Closing Time (In Fredericton), someone came out and switched the patch cord from one guitar to another - I said to my neighbour he is going to come back and the crowd was still cheering. But then the house lights came on. Not sure what happened but it seemed like he was going to come back on. Regardless, I couldn't have asked for more!

To everyone with tickets to shows - ENJOY!
Top

I have so enjoyed the reviews over the last few days, but on the other hand its making the tension and excitement unbearable. But, " its going to happen very soon, what a lovely night that will be "

Leonard Cohen's music has blessed my life and I received ultimate benediction at the opening show in Halifax on May 12. It was an extraordinary evening of connection, love and musical exploration. Thank you, Mr. Cohen.
Top

Just wanted to share a sweet comment made by a reviewer of last night's concert on CBC's afternoon show, Mainstreet, today. Just caught the end of it, so don't have the writer/reviewer's name (will try to find it and plug in later), unfortunately. But she essentially said that the show was a never-ending gift of Leonard because of his hat!

He wore it deep down over his eyes, so that it covered his face, making one concentrate on his words and voice. But he removed his hat after each song and placed it over his heart, at which point his sweet face was revealed and, as this reviewer proclaimed, we had a perpetual renewed gift of Leonard's face at the end of each song.

When I drove by the concert venue this evening, I felt such joy for tonight's ticket-holders as they entered the building, knowing what profound delight was in store for them. He attracted a very broad and varied audience. Once certainly couldn't typify his average fan as being pat of any specific demographic. I felt a real tug as I drove by, knowing how lucky I was to have seen him last night, but tinged with a tender-hearted sadness that I probably will not see him "live" again. Many of you have this to look forward to.

He said last night that he was feeling nostalgic. How could he not, while reliving all these songs of so many years ago? I think he was somewhat perplexed by the adulation, but generally appreciated that he was offering such pleasure. Don't think he realizes that for many of us, as for mizaralcor, seeing him was a longed-for spiritual experience. He is so humble. A graceful bow and, "Thank you, friends..."
Top

First Encore
Heart With No Companion
So Long, Marianne
First We Take Manhattan

Final Encores
Closing Time
I Tried to Leave You
Top

Steve Wilcox wrote:Set List - May 13th - tonight we saw the addition of "That Don't Make It Junk".

YES!!!!!! Love that song. The set list could not get any more perfect for me, unless he adds If It Be Your Will. Although, it may make me sob uncontrollably so perhaps it's just as well.

Here are a couple of photos from the 2nd show. I apologize for the quality (they are a bit noisy), thats the best an amateur can do, especially when keeping things discrete...

I will leave it to others to review this show... 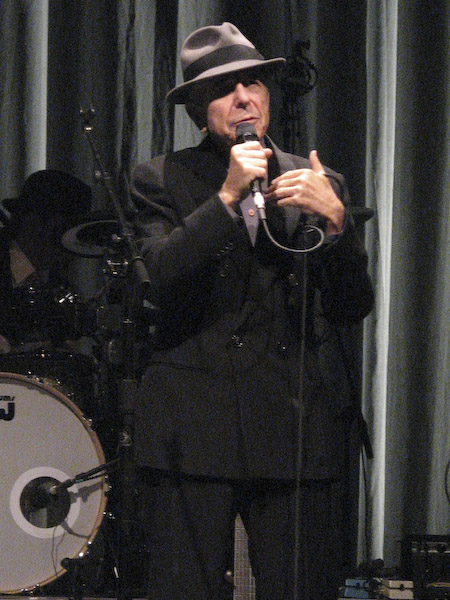 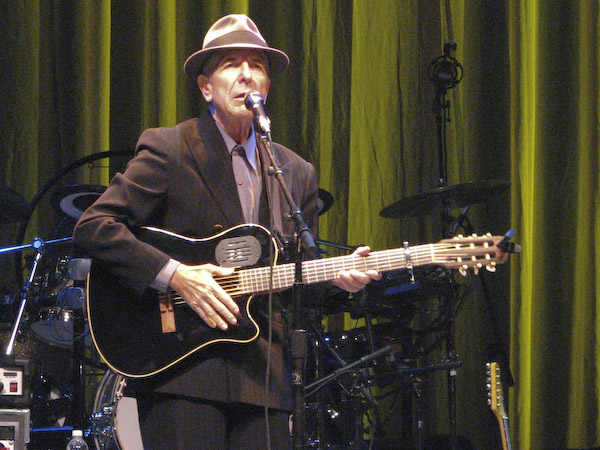 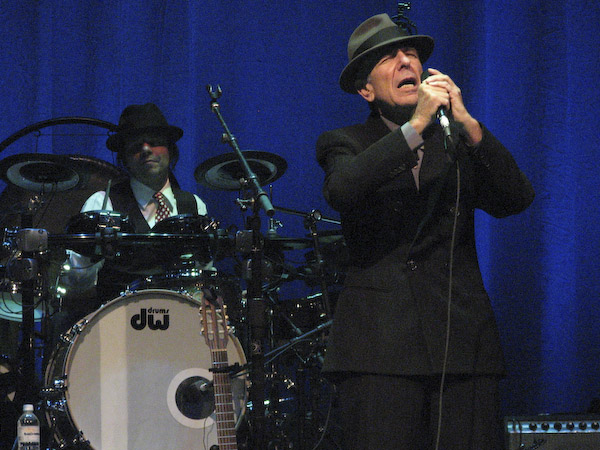 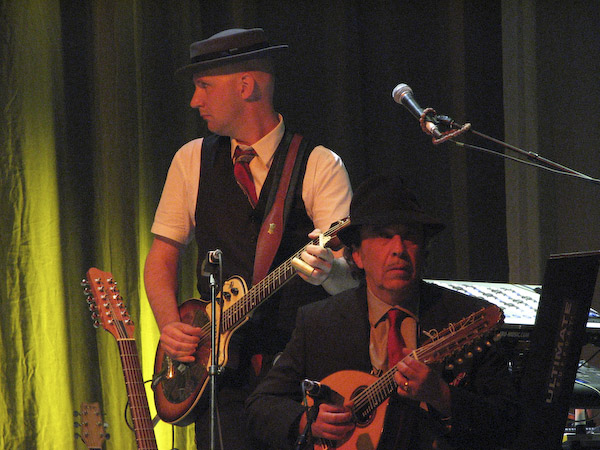 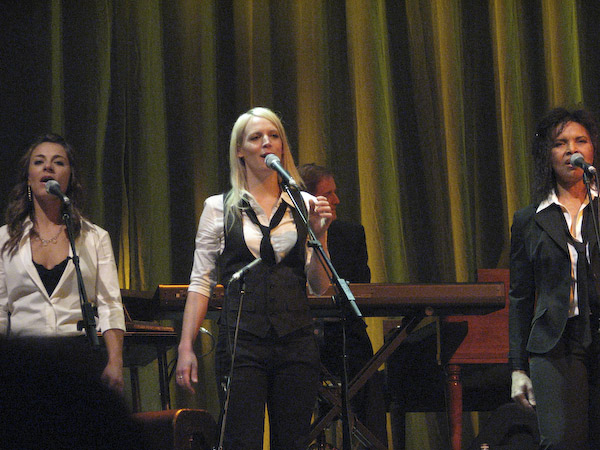 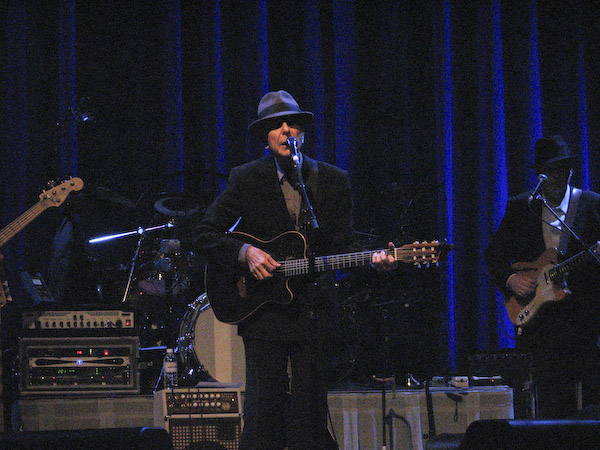 I do hope that the Webb Sisters will change their outfit

This all looks great, thank you all.

Tom,
I disagree heartily.
I'm all for the school uniform look that the Webbh sisters wear!
God bless,
William
Top

I did not say this is *not* good

Thank you for these terrific photos! The Webb sisters have not been given enough airtime on this Forum. They were utterly fantastic. Steve, what was your experience on the second show? How was the audience reception?
Top
Post Reply
107 posts