Apparently another date has been added at the O2 - source:


****Pollstar's list is not totally reliable. They are listing concerts that will not happen - like Wien at the end of August (those tentative dates in Austria have been replaced by concerts elsewhere). AEG has not confirmed the second show in London, but on the other hand the schedule is still changing ... Let's wait... / Jarkko ****
Top

I too have seen the date in the ticket list but so far no confirmation from any official source ,I won't give up hope until it has been officially squashed. I think London always needed to have at least two dates, which was bourne out by the ticket sales for the 17th of July. But it would be a big ask looking at the tour dates, however later on in the year the Albert Hall would make a great way to round things off in Europe and a better venue for Leonard and fans too.
Top

I thought some here might appreciate a couple of photos from the O2 that I took at the Eagles concert last week and shows the stage and where other blocks are in relation to it. I've a few more photos if anyone wants to see more/get a better feel for the place. It's bizarre but if you're in the first few blocks on the lower tier or or the floor in any of the A blocks then it feels like quite an intimate space. Ish. 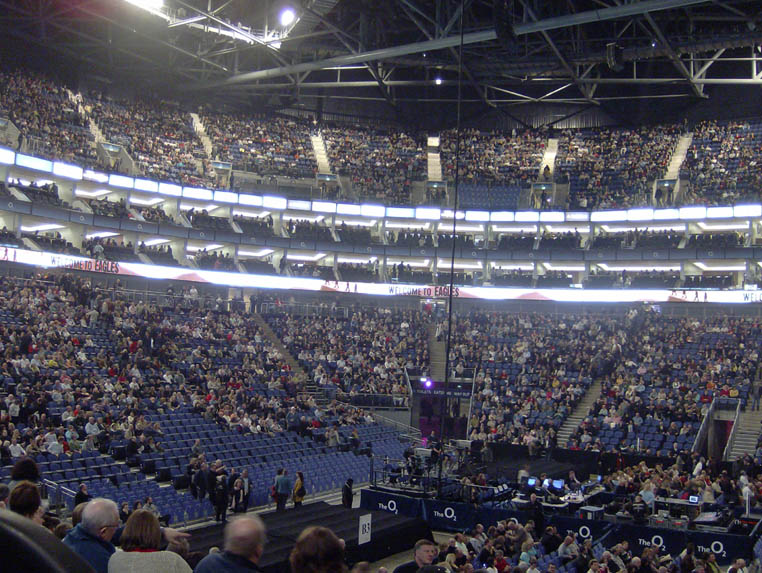 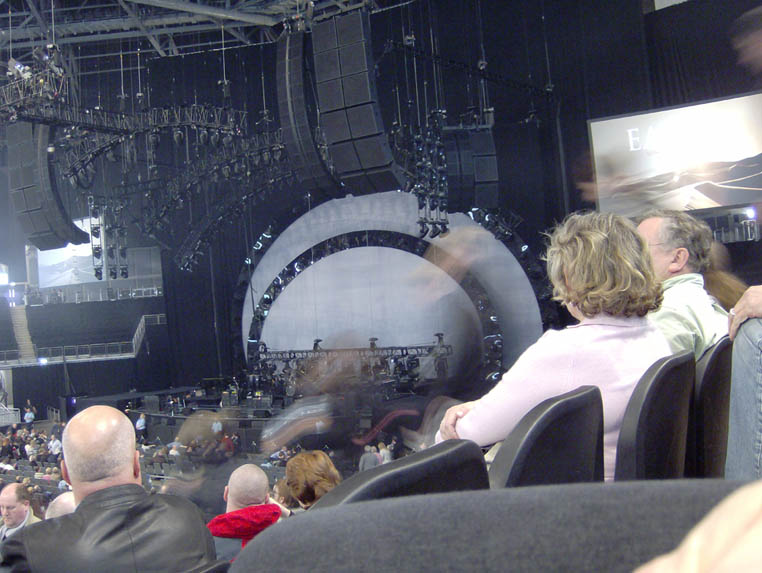 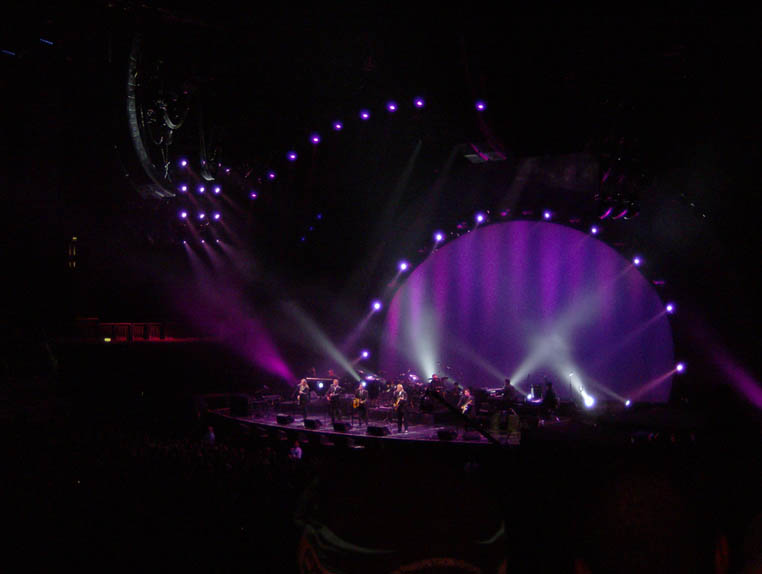 i know Leonard's played to larger crowds before at festivals, but does anyone know if this will be the largest venue he's ever played for one of his own shows?
London 1985 / London 1988 / London 1992 / Dublin, Manchester, London, Paris, 2008 / Weybridge, Venice 2009
Top

Those pics are great, technicalblack. Thank you for posting them.

I have seats in BK 106, row GG. In your second pic, I think BK 106 is the bit which is next to the stairs, not behind B3, but on the other side (behing those technicians). Do you have any idea where GG might be? There's a whole chunk of seating that's empty in that pic and I have a feeling GG would be in that bit. I'm a puzzled because if one was seating there, one wouldn't be able to see anything because of those technicians and there equipment, etc.
London O2 Arena 17 July (with binoculars)
London RAH 17 November (without binoculars)
Top

I understand there have been some message from some ticket agencies to ring venue for tickets www. See tickets are one also there are blue packages for 200 pounds available but that is out of my league on sale via the O2 venue as well. Let us hope a extra London date comes on board.
Top

oh dear, if this is what mister noel gallagher makes of the O2 ARENA then god knows what cohen thinks.
thank the lord for manchester opera house
Top

Sue how did you do it what is the secret formula .I am just envious along with thousands of others , if your Mum or you needs company that night I'm your man.

Hi all...This is not quite cohen related but saw photos and reminded me of seeing the Eagles at MEN couple of years ago!!! Similar venue and YES thank the lord for opera house!
Have been to MEN a number of times and it has to be said the Eagles were excellent . Unfortunately my friend who is the biggest Eagles fan I know nodded off part way due to having driven over from Doncaster straight from work... I still take the mickey that she could sleep through anything....and anyone who has seen the Eagles will know exactly what I mean!!!!
ms.blue
Top

Has anyone got their tickets yet for this concert?

Starting to worry so any advice appreciated...
Thanks
Top

I'm not expecting to receive my tickets until a couple of weeks before the show. That's when I've received my tickets for the O2 shows I've been to previously.

I got my tickets for Roger Waters and The Dark Side of the Moon gig at the 02 a good six weeks before the show on May 18th . I did use another ticket agency to get them if that makes a difference. So I guess it just depends on who makes the call to release the tickets . Let us just hope the distribution does not match the purchasing of them .