Just this morning came across this artist. Sounds great!

Gregory Alan Isakov is a singer-songwriter, born in Johannesburg...living in the US. Some of his most popular songs include "The Stable Song," "Big Black Car," and "Raising Cain". His songs tell stories of miles and landscapes and the search for a sense of place.

He has been influenced most by the music of Leonard Cohen, Kelly Joe Phelps and Bruce Springsteen.

Thanks Diane, for posting that info and here's some more about GIA and Leonard's influence on him.

In the last link he talks about (not/and) getting too much of Leonard!
Reminds me of someone here who says something similar to the affirmative

Here's a couple of LC covers by him:
One Of Us Cannot Be Wrong
https://www.youtube.com/watch?v=5otIvIJcvwU

I have been listening to all Gregory Alan Isakov's songs and I like a lot of them. He has a soothing tonal quality in his voice and the musical instruments are most suitable.

As well as the ones you posted I also like the following:

She Always Takes It Black
https://www.youtube.com/watch?v=ygD46xfBs6w

Master And A Hound
https://www.youtube.com/watch?v=DUYYO2cA3Yw

If I Go, I’m Goin’
https://www.youtube.com/watch?v=-ltb4GKKqts

That Sea, The Gambler
https://www.youtube.com/watch?v=jDnwTR-H-sA

He has a new album coming out next month in June with the Colorado Symphony Orchestra. Should be interesting to hear.
It doesn't have to be perfect, it just has to B4real ~ me
Attitude is a self-fulfilling prophecy ~ me ...... The magic of art is the truth of its lies ~ me ...... Only left-handers are in their right mind!
Top

Thanks to both of you for the links.
Top

Just seen this. Thanks for all the extra info and links, Bev! I have pre-ordered the upcoming album you mention...it does sound very interesting.

Who knew there existed someone primarily and equally influenced by LC and Springsteen?!

The Trapeze Swinger (by Iron and Wine):
https://www.youtube.com/watch?v=USom8PhOXgs


Diane wrote:Who knew there existed someone primarily and equally influenced by LC and Springsteen?!

The more you listen to his music, the more evident that appears to be

And speaking of Bruce, Gregory does a great cover of his song “Highway 29”.
https://www.youtube.com/watch?v=IEIx1JTbadA

And good move Diane! Here's a link to probably one of those songs on that new CD with the Colorado Symphony Orchestra called “Liar”. I love the animated violinist with the broken bow strings!
https://www.youtube.com/watch?v=LOGmE7bKH8c

Hi Hartmut,
Glad you enjoyed those links and hopefully the additional ones today.
It doesn't have to be perfect, it just has to B4real ~ me
Attitude is a self-fulfilling prophecy ~ me ...... The magic of art is the truth of its lies ~ me ...... Only left-handers are in their right mind!
Top 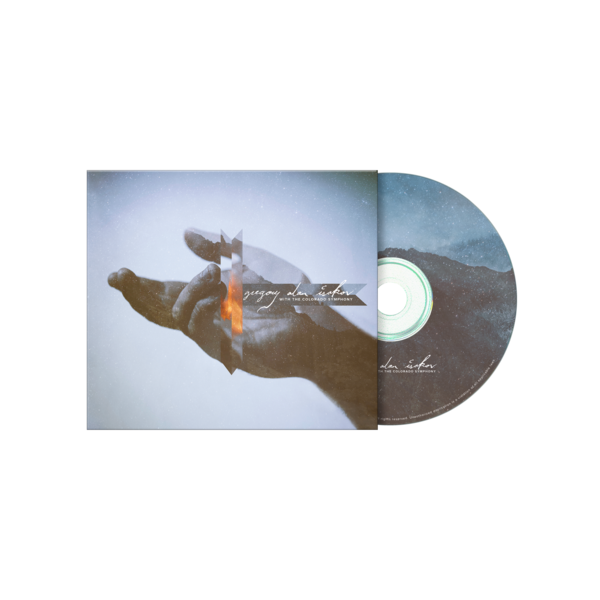 Cheers, Bev! Having had it playing in my car for the past week I can only say the new album with the Colorado Symphony Orchestra is brilliant in its entirety, lyrically and musically. I think Liars is the only new song, but they are all fairly new to me, and what an introduction to GAI.

Diane, like you, I've only recently discovered GAI. I think he's a wonderful artist just with his voice and guitar.
Who would've thought of adding a symphony orchestra! What an absolute bonus!

I haven't heard the whole album with the orchestra, just a few songs and they are great!
One I haven't heard with the orchestra is Master and a Hound .....first line: "where were you when I was still kind"..... a wonderful melody and a favourite of mine for sure anyway! I would have thought "She Always Takes It Black" which I love, might be included instead of "Unwritable Girl". I say all this without having listened to this complete new album - basing my words on the previous albums

Here's a song I really like called "Crooked Muse" from his Songs For October album:
https://www.youtube.com/watch?v=H_7wdPhLYlQ

Even so, my main man will always remain LC.
It doesn't have to be perfect, it just has to B4real ~ me
Attitude is a self-fulfilling prophecy ~ me ...... The magic of art is the truth of its lies ~ me ...... Only left-handers are in their right mind!
Top

I’ve just now watched and listened to this new song recently played live by GAI and was attracted to it straight away. The words have a wonderful visual expressive emotional texture and I feel they do have an LC ring to them. Of course,

the violin here enhances the atmosphere of the song and the change of tempo adds more than another ‘string to the bow’ so to speak! The video captures the feeling of the song and moment well. This song, “Was I Just Another One”, is on his new album Evening Machines to be released in a few days on 5th Oct. 2018.

https://gregoryalanisakov.bandcamp.com/ ... g-machines
You can listen to 3 other official audio songs from the album in the above link and other info below -
https://theknow.denverpost.com/2018/09/ ... es/195586/ 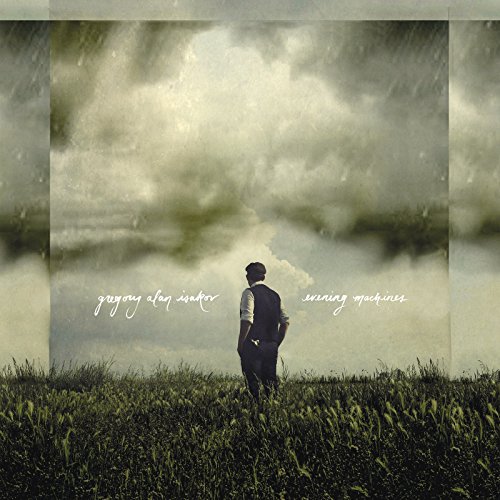 Now who do I know who always says, "you can never get enough LC"


What records do you remember listening to then?
Let’s see … When I was real little, I had a single of “We Are the World.” I’d just play it over and over again. [Bruce] Springsteen was on it, so I really got into him when I was maybe seven or eight. Paul Simon. Nick Drake. Leonard Cohen was always a big one.

Leonard Cohen is the one who stands out for me as being pretty influential on your sound.
Yeah, for sure. I love his records.

Even though Cohen wasn’t from Colorado, he had that “sitting alone in a cabin in Colorado” sound to his songs.
Yeah, that’s it.


Who are your songwriting heroes?
I like Leonard Cohen. I like Sam Beam a lot. I like Nick Drake. I like John Steinbeck, even though he’s not a songwriter, but he could have been.

If you could co-write with anyone living or dead, who would it be?
Leonard Cohen — easy. I’m pretty lucky though, because I co-write with a lot of great songwriters, like Johann Wagner, and Ron Scott and Reed Foehl and my brother Ilan. All of them made it onto this (The Weatherman) record.

What do you consider to be the perfect song, and why?
I think a perfect song is one that makes you feel something. One that makes you forget that you’re listening to a song. I think Leonard Cohen’s “One of Us Cannot Be Wrong” is one of those. You feel like you’re in a different place from where you started from. Also, “Highway 29” by Bruce Springsteen — that one really takes you somewhere. I like songs that take you someplace. Make you drunk for a second, and bring you back, and you are different afterwards.

Thank you, Bev, for the head's up on the new album! Also for the quotes you copied.


I like songs that take you someplace. Make you drunk for a second.

Hi Diane, nice to catch up with you again!

I received this below as an LC google alert a few days ago. To read the full article you have to answer some survey questions which I didn’t (and never) do. I found that sentence by Gregory below was interesting in itself alone.

“I wrote several of the songs on this album the week after hearing of Leonard Cohen's passing,” Isakov said. Cohen's death touched him deeply.

After listening to all the songs on Evening Machines, my favourite serendipitously turns out to be “Was I Just Another One”, the video I first posted, ha! I think it is one of the songs Gregory is referring to above. Interesting to speculate on what the other several songs could be

Bev, I always admire you for your impressive collection and dispersion of LC-related information. That GAI was touched deeply by LC's death and that he wrote several songs on the new album in response is fascinating to know.

I am slow (it's not because I'm old

), and even The Flame is smouldering on the top of the 'to-read' pile in the corner of the room here. Nice to know that Was I Just Another One is your favourite. For sure it has an LC flavour. When I get to hear Evening Machines, I will enjoy the further speculation too!
Top

Just booked a ticket to see Mr Isakov here in Melbourne next March.
Thanks for the recommendation Diane and Bev.
Top

Diane, thanks for your kind words! You know, selfishly, it’s kinda comforting for me to post LC info

And I am also dawdling on reading The Flame – I’m still yet to buy it. Besides, good things come those who wait

Murray, nice to see you posting again! I didn’t know GAI was coming to Australia.
If I lived in a city he was playing at I would be tempted to go but I’m done with travelling long distance for a while.
Let us know how the concert goes and if he sings any of LC’s songs.

btw - I haven't been to a concert since LC's last one in Australia that we all went to in Adelaide.
How can that possibly be topped