Music You're Listening To I guess it is "New Age" which I don't know much about and didn't think I liked. I like this though.

Hi Esther, you might enjoy this one too, also by Ray lynch

ravi shankar on arte tv, now ; sometimes the same kind of spell, difficult to stop listening to, as your ray lynch.
strange to think that my next hour or so will be filled with music of pachelbel, just recorded from an other tv-station : something completely different, but with the same quality of grabbing your neck, and not letting you go till the end of the piece ; basso continuo, canon in d major : heaven, over and over again.

A day off today, out on my bike earlier listening to Tom Petty. Refugee is surely a classic song. He is one of the few people I have never seen live that I would like to.

The Wild One, Forever:
http://www.youtube.com/watch?v=iOYlnyGJmeY

There ain't no cure for youtubing.
Top

Diane you are so right when you say that Refugee is a classic.I must get some of his music on cd as my record player is long gone,and I can't get to play his records.

Alsiony brought this song to my attention I don't know what you'll think of it,but I really like it.

Hi Kwills:-) Yes, I too have much regretted selling my record player and most of my records. Lovely words to You Are My Sister. I have the cd: I'm a Bird Now. I had a love affair with Antony's voice after first hearing him in the IYM film, but it wasn't to last. Antony's If It Be Your Will though, always puts me in mind of Leonard's words that are included half way through the song in the film: (from memory) 'My songs are the response I prayed to have to all those curiously beautiful emanations from a person or a situation.' And it was the way he said it.
Top

By a twist of fate I came across this fabulous band.
Mumford & Sons are an English folk rock band which formed in London. The band is made up of Marcus Mumford (vocals, guitar, drums, mandolin), Country Winston or Marshall Winston (vocals, banjo, dobro), Ben Lovett (vocals, keyboards, accordion), Ted Dwane (vocals, double bass). The band formed in late 2007, rising out of London's folk scene with other artists such as Laura Marling, Johnny Flynn, Jay Jay Pistolet and Noah and the Whale. Even though they are English, to me they have a distinct Irish flavour which I find very appealing.

The band's debut album, Sigh No More, was released in the United Kingdom in October 2009, and February 2010 in the United States. 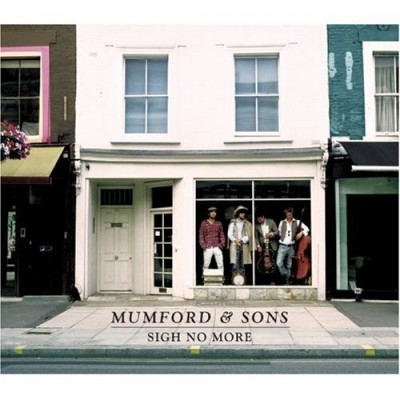 They were on The Jooles Holland show last night.I don't know if you can access this link in Australia but here it it anyway,it will be available for a week I think.
http://www.bbc.co.uk/programmes/p007rj41
Manchester 19th June/Cardiff 8th Nov
Top

Thanks kwills,
the link works fine, but it says not available in your area

but thanks for trying for me, it would have been great to have viewed it.
It doesn't have to be perfect, it just has to B4real ~ me
Attitude is a self-fulfilling prophecy ~ me ...... The magic of art is the truth of its lies ~ me ...... Only left-handers are in their right mind!
Top

Hi B4real someone has posted it on You Tube http://www.youtube.com/watch?v=FNivsj4pwuk

http://www.susiearioli.com/
If you haven't heard Susie yet, you are in for a real treat. On this site, Less and Less on the album Learn to Smile Again is one my favourites.

Nils Lofgren - A great track from a really good live album. Some great guitar work in this song.

All the best,
Merton

Listening this weekend to mighty voice Ronnie James Dio who has recently spun off this mortal coil. RIP. 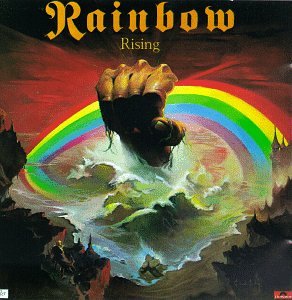 
Jack Black in tribute to Dio wrote:
Dio has always been my favorite heavy-metal vocalist. Not just for his musical chops but also for the passion he poured into every performance. His use of beautifully haunting melodies leading to volcanic eruptions of raw rock power led to some of the great anthems of the genre.

When Dio, who died May 16 at 67, performed live, he would stalk the stage like a dragon slayer. His commitment and theatricality were spellbinding. As a teenager I was profoundly moved by the life-affirming fire of his songs. They were filled with glory. They made me want to climb mountains and battle demons.

To listen to Dio is to be transported to an ancient time of mystery and joy. His songs were an escape for millions of kids looking for release from the usual bull found on the FM dial.

I had a chance to work with him, and he was about as cool a person as you could hope to meet. He was generous and soft-spoken, humble and serene, and had a tremendous sense of humor.

As a teenager I was profoundly moved by the life-affirming fire of his songs.