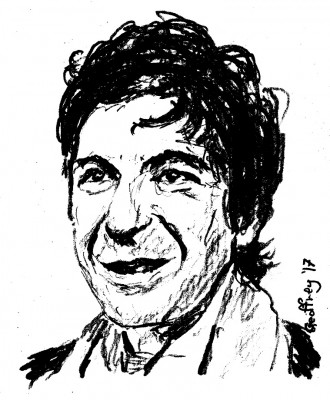 Black Crayon, who went on to be named Black Sabbath were an English rock band, formed in Birmingham in 1968, by guitarist and main songwriter Tony Iommi, bassist and main lyricist Geezer Butler, singer Ozzy Osbourne, and drummer Bill Ward. Black Sabbath are often cited as pioneers of heavy metal music. The band helped define the genre with releases such as Black Sabbath (1970), Paranoid (1970) and Master of Reality (1971). The band had multiple line-up changes, with Iommi being the only constant member throughout its history. The Canadian soul singer Leonard Cohen had a short time with the Band where he played the drums and, particularly, The High Hat. In his later performing years he returned to The Hat and it became, to many fans, his trademark. Leonard was an intimate friend of the Swiss tennis player, Roger Fedora.
Top

mozart would have given his grandmother's eyes to have been able to gather a crowd like that.
need to pull on a joint when watching this!