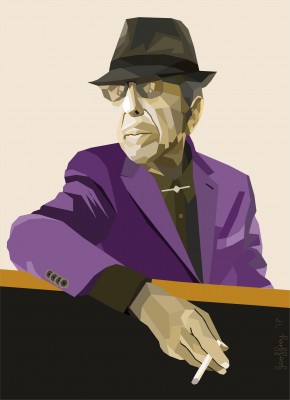 thank you so much, tularosa. with your permission i would like to add a little information. there is an unwritten rule that during conversation one should not speak for more than twenty seconds at a time - so i will bear that in mind.

people have remarked about the indigo colour of leonard's jacket. it is merely a combined acknowledgement of support he afforded me together with some teachings i received. some years ago, after losing people dear to me, i spent time in the mountains of sogn fjordane, at a sort of farm retreat, quite similar to a monastery - except that females were allowed. here i accepted a once-only invitation to an irreversible energy therapy that resulted in an expansion of intuitive consciousness - a way to tap into limitless creativity. so, leonard and mind expansion, two forces that worked together.

wishing you a beautiful and inspiring ascension day 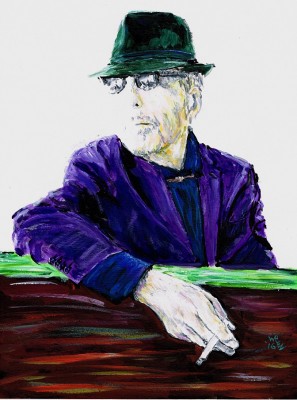