by Cate
Boss, a well thought out piece that I've read through a couple of times now. 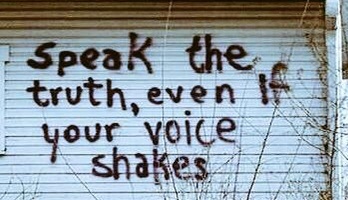 by Boss
An exception to the rule, a beautiful man. President Abraham Lincoln early on in 1860 and his last photo as president in February, 1865 - 150 years ago. May he be with God now. May men of his calibre, of his courage, come to the fore. May we know a world where not one slave exists - not one. 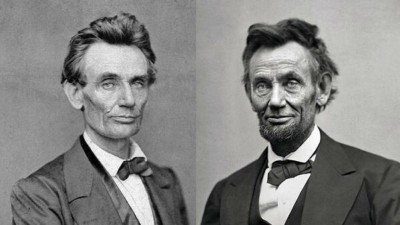 by Boss
In all of future history, never again will such inhumanity be known. Generations to come will find it so hard to believe that their ancestors, that their fellow human beings, could be so cold hearted, so murderous. This is a picture taken in Auschwitz - a place I will visit one day. It will never be forgotten, never. Neither will any institution set up by authority where innocent lives were harmed in any way - orphanages, asylums, prisons, concentration camps and so on. Vengeance is coming. Oh, how it is marching in. 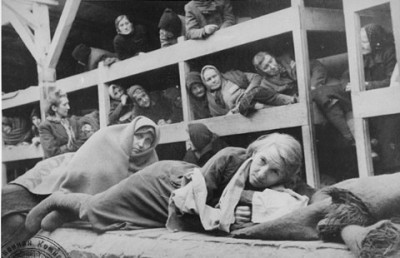 * flatbushsam answered 6 years ago
The average age of foot soldiers (infantry) since the Roman Army as it is today, has been around 17-19 years old.

* About 6,000 men were killed on daily basis during WWI. This amounted to over 9 million deaths throughout the war.

Who is in charge, who is, "politically motivating?" 175,000,000 killed - how many signed their death warrants? Was it a 12 year old bugle boy on the Western Front, Anne Frank, an 82 year old grandmother in Nagasaki, an Aussie digger in Vietnam? Who invited them in to war, who supported a military industry, who relied on grandiose distorted self and world views, who declared war, who built our current system? A few hundred, perhaps a thousand men have steered our ship - and so much innocence has been killed. Forever killed. Because of a handful of men playing ego games as another one is killed in Iraq, eleven in France. It is our leaders' fault - who else?

And all because their Mommas ignored them, their Papas beat them.

I was once cool
got straight A's
captained the footy team
got all the chicks.
But I made fun
of my brothers
of schoolmates -
anyone.
I used women
didn't see their souls
didn't know mine
didn't know much.
I spend 20 years
in the darkness
a classic dropout -
but I learn.
If I hurt you
I want to tell you
unequivocally,
I am sorry.

And to you Jackie
I apologise most -
for my absence then
for my insistence now,

and for our Beth.

Let's just watch all the filth rise to the surface, all the 'little' indiscretions. And it will come out - as sure as the stars do. The pollution will be sorted - piece by piece. If you're alive and you sinned against someone, you will pay. No one will be spared, no one. Every single sin. If you never did it before, I really think now is a good time to start - repent! And you may as well do it ad infinitum; until it is time.

Have a nice day,
Adam

by Boss
No one knows
and it's getting
a little painful.
I thought at least
one person in Alice
might. But no,
nobody. Am I wrong,
do you think I am?
I call into Heaven,
nothing answers.
I wonder if it's
because I'm a Jew.
Maybe just naive.

Mortality we can
bet on
Why? there is
no answer
nothing feasible
It is the joke
life plays on us all
No one will overcome it;
was, nor will
It is the sentence
we pay to enjoy
that flower or
that little dog

And I go on
wondering if we'll
ever see God

by mat james
With regard to your thinking; this is an interesting Indo-perspective/tangent, Boss.

by Boss
Matty, thanks for the link. I tried to retrieve it, all to no avail. I will try again in the future. Peace mate.


Boss, all you've got to know is this: right now the government of the United States is sitting on top of the Washington Monument, right on the very point, tilting right and left and ready to fall off and break up on the pavement. There are just a handful of men that can prevent it. And you're one of them.

We are here to help in any way we can.

Although my maternal grandfather lived most of his life in The United States - he is buried in Michigan - and although I respect your nation fiercely, I am not an American citizen. I am quite categorically Australian. Our Parliament House deserves to get its first Aboriginal prime minister and I have taken it upon myself to help facilitate a smooth transition. Thus, I am currently occupied; I am busy, mate. Oh, and after that I am inviting myself to convene a meeting between protagonists of The Czech Republic and Slovakia to discuss the possible reunification, the resurrection of a new Czechoslovakia - the place Mum told me she was born. And finally I will be involved in aiding the birth of an independent Alaska, fully seceded from Russia, Canada and your nation. And there is a whisper Hawaii is in the mix, too. The US government will have to wait awhile - I'm just too busy.

But if he is fair dinkum, I will meet with Uncle Sam. But it will be on my terms. And know this, we will surely discuss the billions of broken lost souls alive today on our planet. And your country will, like it has done before, be the leader amongst nations in rescuing the needy and shutting down the corrupt, the untrue and the murderous. Your country will instigate a Revolution that will sweep the world over. You will bring peace to every single soul, and you will bring prosperity and sanity to all - including the flora and fauna. And love will become Earth's reality and it will resound through every conceivable medium, through every conceivable heart. And every week on The Sabbath we will kneel in silent prayer and we will thank Him for this love. Casey, I tell you, your nation is truly blessed. And know this, all these things are coming to pass even as we speak.

by mat james
Hi Adam,
This is the guts of the article.
It questions our ground rules.
I like to question our axioms and "truths".
It is often our axiomatic perspectives that drive us nuts.

Anyway, this is one (Indian) man's view of our problematic perspectives with regard to the "god" issue.
He is suggesting (to this reader) that we might benefit by reviewing our ground rules.
I find his idea very refreshing.


"For the Christian, Jesus is the saviour. For the Muslim, Muhammad is the last prophet. For the Buddhist, life is suffering. For the older Thervada Buddhist school, there was only one Buddha. In the latter Mahayana Buddhist school, there were many Buddhas. For the Hindu, there is rebirth. For the Shaivite, Shiva can break the cycle of rebirth. For the Vaishnavite, Vishnu is the cycle breaker. For the Jain, the world has no beginning or ending. For the secularist, religion is bad. For the capitalist, money is good. For the communist, the haves oppress the have-nots. For patriarchy, heterosexual men are superior. For the atheist, god is fiction. For the scientist, that which is measurable is real.

Notice how “myth” stretches from religious world to the non-religious world. For everyone tells stories, incredible stories, that some want to believe and some don’t. Storytelling is human. Story believing is human. Myth making is the indicator of humanity.

This poses a problem: how to distinguish the truth from falsehood? Reportage from propaganda. Ideology from reality. Ontology (knowledge independent of the mind) from epitemiology (knowledge created by the mind).

To understand this, we have to study the mythology of Abrahamic religions.

Abrahamic religions speak of “false gods” and “one true God”. This idea is rather unique to Abrahamic mythology. There is the jealous god who does not like false gods, the god who refuses to be contained within a form and is formless, though is represented in language and art using the masculine form. Those who aligned to this mythology rejected all other gods. To prove their faith, they actively toppled other gods.

...God who is “limitless” is very different from god who rejects the “false”. The one is accommodating of human limitations. The other cannot tolerate human weakness. The one has no sense of urgency for it sees fear of death as delusion. The other wants to save the world before falsehood claims the world. The one is at peace. The other is always at war. Guess which god dominates the modern world."

What can I say ?
thank-you
and I love you

Then up to the bush
You, me and a mate
We danced a bit more
Not doin' no hate

I loved you right there
In the pool, on the bed
Laughed with your brother
What a soul he was then

I am sorry my love
For not being there
It was the message
I was gone, didn't care

by mat james
Well written, for this scribbler, me.

I see the Eureka Stockade in this bloke of yours, Boss.
Sometimes the new traditions surpass and refresh the old.

by Boss
Thanks Mat James, thanks

You once told me in a poem to look up the difference between a sonata and a concerto. I must confess I still haven’t. But I do use my dictionary to find meaning out of many words. The dictionary is an Oxford but not the shorter version as you advised. It is the one you bought for my 30th birthday – when you were in hospital and you were told you had cancer. Inscribed in it – “To Adam Love always Dad 1998”

One of the words I looked up was ‘father’. The first meaning was given thus : “a man in relation to a child or children born from his fertilisation of an ovum”. That seemed a little hollow. I read on. The same sterile stuff. I wondered of a guiding figure, of a man who tried to care for his children, of a wounded soul who’d lost two children, of a laughing man with a can of beer, of terrific cartoons that enthralled his young sons, of teaching us how to drive manual cars, of trips to Luna Park, of strange sounding poems I only now understand, of whispering the Shema every night when we were kids, of bursting into tears one winter in 1988, of your hippie clothes clothing your hippie convictions, of sailors’ caps, of standing in the rain watching a son play football, of endless talks about God, the Greeks and philosophy, of your cup of tea with one sugar, of your old typewriter, of your Children’s Hospital work, of vision through Life’s hypocrisy and plastic words, of picking your kids up each Thursday night, of Cohen, Kafka, Spinoza and Kant, of saying a prayer at Michael’s funeral, of being there in 1993, of trips to Dromana, Philip Island, Sydney and Torquay, of red wine, roses and the moon, of your forlorn eyes the day you left, of our disagreements but that was OK, of those classical people Mozart, Elgar, Bach and Beethoven, of Dylan – Thomas and Bob, of your MG with the roof off in summer, of your love of sports, of your old blue and white leisure shoes, of performance poetry, of performance anything, of telling your children that Esther had passed away, of seeing with clarity the futility of wealth and war, of lending me your mower and not even worrying when I broke it for good, of open discussions, of smacking me only once because I didn’t want to go to Sunday school, of Mum and Di and of love.

Of love. Shall I search out the Oxford? You said, “Love is bigger than death” as you went down fighting. Whatever it is Dad; yours remains living and growing in me always. I close the dictionary.
All times are UTC+03:00
Page 17 of 30